SAN JUAN - The San Juan Arena witnessed a great back and forth game between the Adamson Lady Falcons and the UE Lady Warriors that saw the Lady Falcons squeak out a one point win, 76-75. 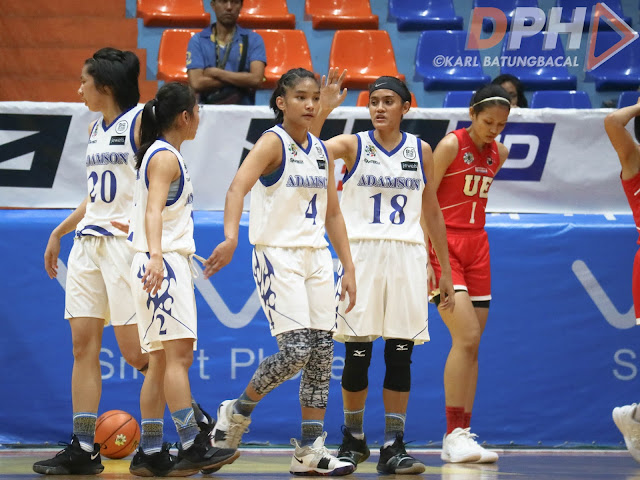 The first half was again a story of good defense versus better offense as Adamson was quick in getting into their sets before the UE defense was able to hustle back. Quick passing sets accompanied with occasional post-up plays allowed Adamson to own the paint early and dominate the scoring quickly. At the end of the half, the Lady Falcons were up 36-29. 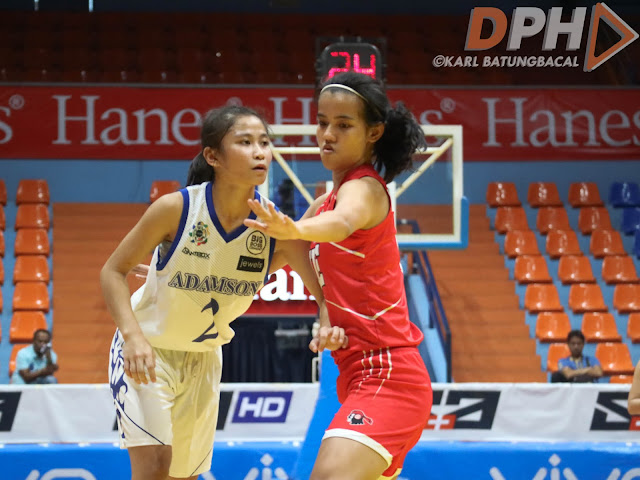 However, the Lady Warriors were able to solve the Adamson defense in the second half as they would apply heavy full court pressure on the Lady Falcons. Entering the 4th, the game was all tied up at 56 and both teams knew that they'd have to up their game if they were to win it at the end of regulation. 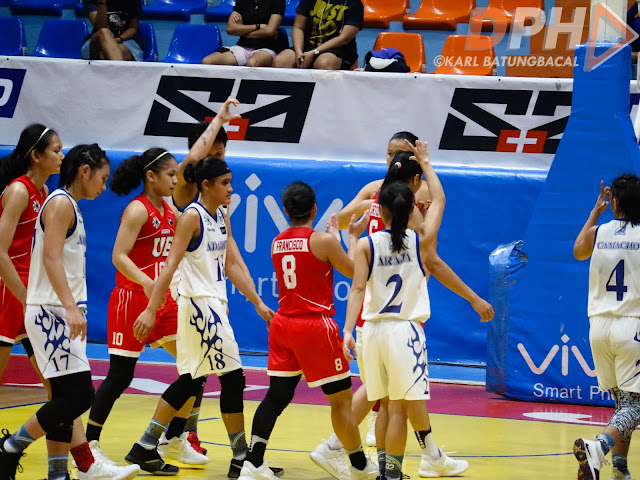 It was a see-saw quarter as the Lady Warriors were able to match everything that the Lady Falcons would give them. Adamson held the lead and had a chance to put the game away in the last minute but missed free throws and a jumper that would've put them up by 3 gave the Lady Warriors a chance to win the game.

After grabbing the rebound, the Lady Warriors were bringing down the ball when the Adamson defense sprung to life and pulled a high pressure, half-court defense that would stifle UE and forced them to take a contested baseline jumper that didn't go in. 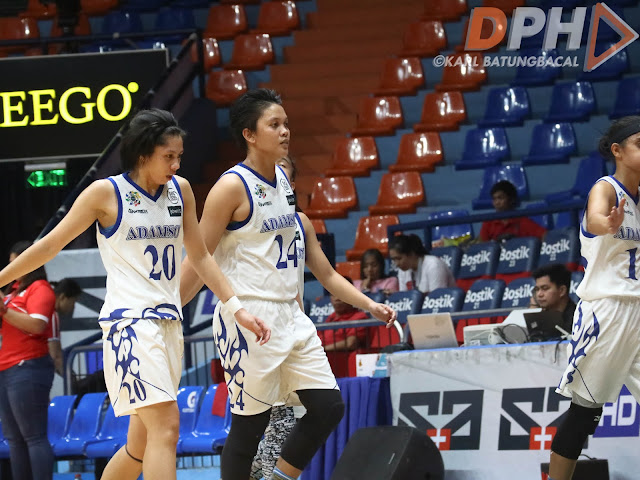 Christine Cortizano led all scorers with 23 points while Jamie Alcoy of Adamson had 18 points and Nathalie Prado put up a double-double with 14 points and 17 rebounds.