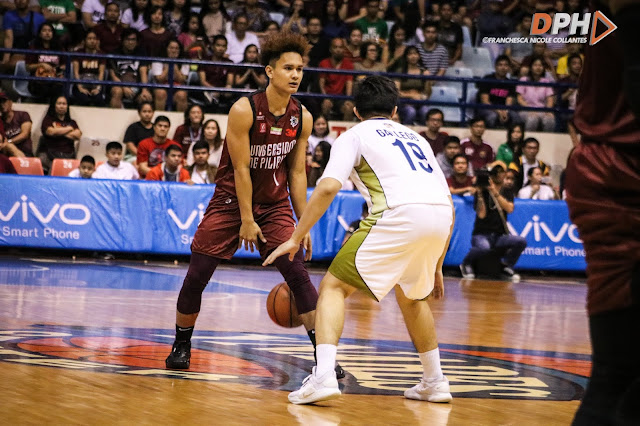 ANTIPOLO CITY - After their loss last Sunday against the Adamson Soaring Falcons, UP Fighting Maroons is now back on the winning column after beating the NU Bulldogs with 82-71, at the Ynares Center Antipolo today.

The first UP-NU match-up last October 7, 2018 at the Smart Araneta Coliseum wherein UP won the match with 89-88, a 1-point lead to NU due to a Bulldogs missed basket.

UP Fighting Maroons now on solo fourth with 6-6 in the standings while the NU Bulldogs slides down to 3-8 and a game away to be eliminated in UAAP Season 81.

Bright Akhuetie powered the UP Fighting Maroons with 21 points, 9 field goals, 10 rebounds and 3 assists while Juan Gomez de Liano has 10 points, 9 rebounds, and 7 assists that helped the 10 point lead win against the NU Bulldogs.

Bulldogs rookie Dave Ildefonso with 24 points and Joshua Sinclair's 13 points lead the Bulldogs but still can't get on the Fighting Maroons.