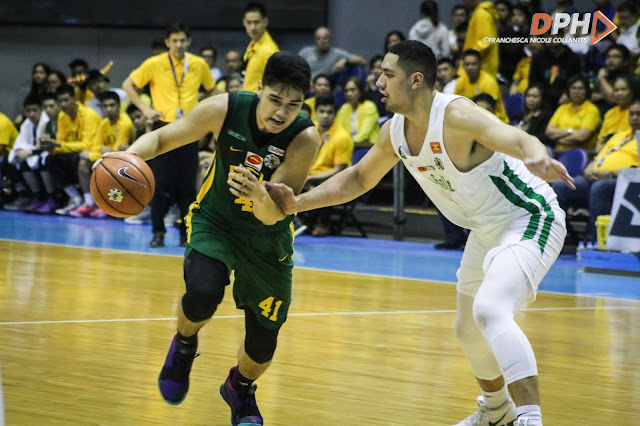 MANILA - Arvin Tolentino was still haunted by how the FEU Tamaraws ended their almost finals ticket when he dropped the ball during their game at the Final Four against the Ateneo Blue Eagles last UAAP Season 80.

Tolentino mentioned to us post-game how his efforts paid off and how thankful he is to FEU, "I've been working hard since I got to FEU. I changed myself, my coaches changed me, I just wanna give everything para sa FEU."

He credited his teammates and mentioned that, "Baka isipin ng mga tao na we won because of me, because of my shot pero its as big as any basket na nagawa namin this game."

With that Tamaraws win, they will face the ADMU Blue Eagles on the Final Four once again, this Sunday, 3:30 pm at the Smart Araneta Coliseum.