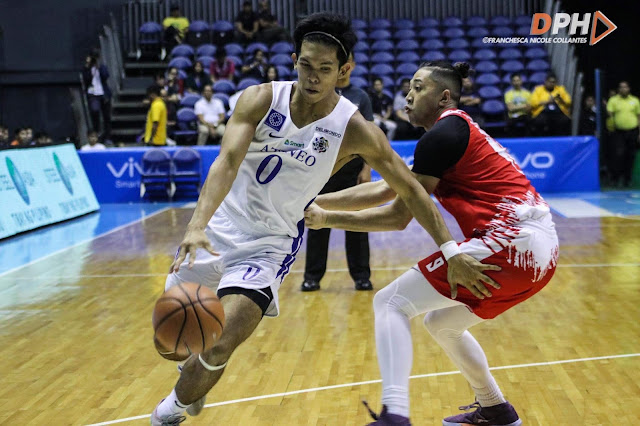 The Men's Basketball Tournament is coming to a close and here is our preview for the upcoming Finals matchup between the defending champs, Ateneo Blue Eagles, and the upstart UP Fighting Maroons. This preview will focus on each teams' success and their keys to victory in the Finals.

Ateneo Blue Eagles
The defending champions have their work cut out for them. They'll be facing a UP team that hasn't experienced the Final Four in 21 years and the Finals itself in 32 years. This is something new for the Blue Eagles who have been facing archrival De La Salle University for their past two Finals appearances.

Coach Tab Baldwin's 3rd year with the Blue Eagles has been fruitful in terms of developing the future cornerstones of Ateneo's basketball program. 2nd year guard Tyler Tio has showed flashes of being an excellent backup point guard to Matt Nieto during the latter's absence due to injury. Rookie Will Navarro has been a revelation for this Ateneo squad by playing quality minutes in their game against DLSU in the 2nd round, playing as a pseudo-center when Ange Kouame and Isaac Go were in early foul trouble. 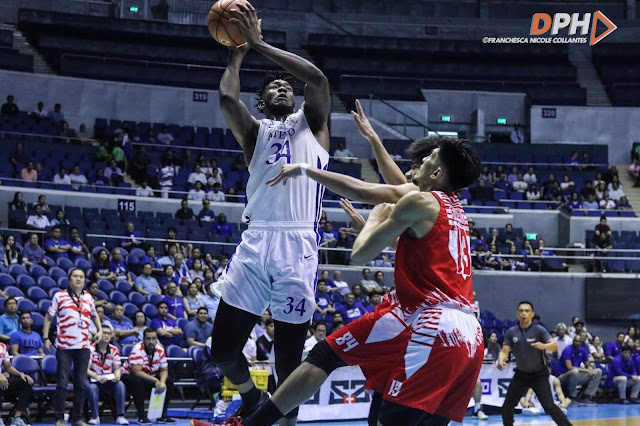 Keys to Victory:
1. Team Basketball - Throughout Season 81, it has been heavily highlighted that the Blue Eagles have no specific star player that they lean on during the crunch time. Yes, Thirdy Ravena is the face of this Ateneo squad but there have been notable times when the final play would end with Matt Nieto or Isaac Go taking the shot. The best example of this was during their Jones Cup stint this year against Chinese-Taipei Blue. The game-winning play drawn up by coach Tab was an inbounds pass to Matt Nieto from Thirdy Ravena but the action was initiated by Go, Gian Mamuyac, and Raffy Verano moving well off the ball in order to free up Nieto for a three-point basket. If the Blue Eagles will be able to breakdown UP's isolation-heavy plays, there's a good chance that they'll handily win this series.

2. Force the Fastbreak - With Ateneo repeatedly beating out their opponents by way of pushing the pace and forcing turnovers, the fastbreak has been this squad's favorite weapon in beating out their opponents. Using excellent team defense in the halfcourt to force the issue, quick outlet passes from their bigs have led to easy transition points for the Blue Eagles. Facing Juan Gomez de Liaño and Paul Desiderio, UP's primary ball handlers, the defense will have to play the passing lanes and also ensure that they take Bright Akhuetie out of sync with the guards.

3. Play Through Ange Kouame - Ateneo's 6'10 import has played great throughout this season. Finishing 2nd in the MVP race behind Bright Akhuetie, he has proven to be an important cog in the Ateneo system. Spacing the floor after screening out on the top of the key or rolling towards the hoop, picking up the pieces of a broken play, or taking out the opposing team's big man from the play and allowing guys like Raffy Verano to operate in the paint, Kouame's effect goes beyond the box score. He'll need to neutralize Akhuetie and also protect the paint from Juan GDL and Jun Manzo's drives to the hoop. 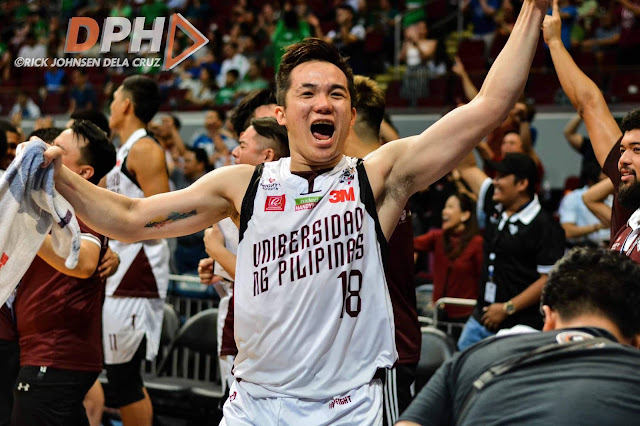 UP Fighting Maroons
The Cinderella story that few saw coming, the Maroons barged their way into the Finals by way of upsetting the 2nd-seeded Adamson Soaring Falcons. This team's graduating skipper Paul Desiderio has provided the spark that the team needed in order to get to the level where they're at now. Juan GDL has continued to flourish for the Fighting Maroons by being the primary playmaker for the team and continues to bring the team to winning situations. Bright Akhuetie, this season's MVP, has been the big man that UP has needed for quite some time now in order to really allow UP's guard-heavy team to shine through the adversity.

3rd year coach Bo Perasol has done a great job in turning around the fate of this UP squad. From a perpetually underwhelming team, coach Bo has guided this team to the Finals. Desiderio has served as a great secondary option to Juan Gomez de Liaño and Bright Akhuetie is playing like the inside monster that the onlookers of the UAAP have expected him to be. Diego Dario, also a senior, has been playing well off the bench as the primary playmaker and continues to serve as the Fighting Maroons' motivation off the bench. 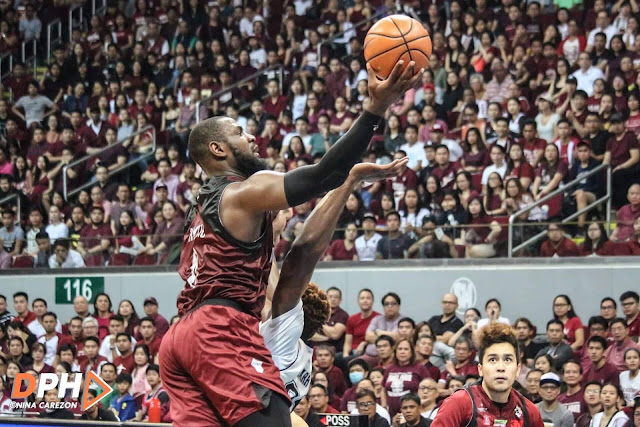 Keys to Victory:
1. Bright + Juan GDL - UP's new dynamic duo is a fearsome one. One's a 6'2 guard who can rain down threes at will and then carve up the defense with precise passes in the paint while the other is a 6'7 center who has the physique of LeBron James and the strength to finish layups and clean up misses in the paint. Coach Perasol will need to create plays that will focus on these two's strengths in order to beat out Ateneo's great team defense.

2. Utilize the Crowd - The UP crowd has become the 6th man for the team this year as they've provided the boost that they need to play their best at all times. As was seen in their matchup against Adamson in the Final Four, both teams' crowds supported them all through the end but it was the Fighting Maroons' crowd whose hearts and energy prevailed over their Adamson counterparts. The Ateneo faithful has to match the Fighting Maroons' spirit in cheering for their squad. This is the UAAP Finals after all. Expect the Maroons to cheer their hearts out.

3. "Atin 'to" Mentality - At this point, it will have been said multiple times that UP has nothing to lose because it's their first year in the Finals after a 32 year drought but it should be noted that Paul Desiderio, the heart of this UP team, is graduating this year alongside Diego Dario. These two have been the face of the Fighting Maroons for some time now, with Desiderio emerging as the team captain and voice of the squad, this is it for them. There will be no next year for these two players so expect them to ball out and give it their all. UP cannot rest on their laurels because of Kobe Paras and Ricci Rivero's entrance to the team next year. As a team, the Fighting Maroons owe Desiderio the most of the two players for uttering a phrase that has been synonymous to having confidence in your abilities. The "Atin 'to" mentality should be motivation enough for the team to win it all this year and end ADMU's potential back-to-back aspirations.

It all goes down this Saturday, December 1, at the SM Mall of Asia Arena, 3:30pm.