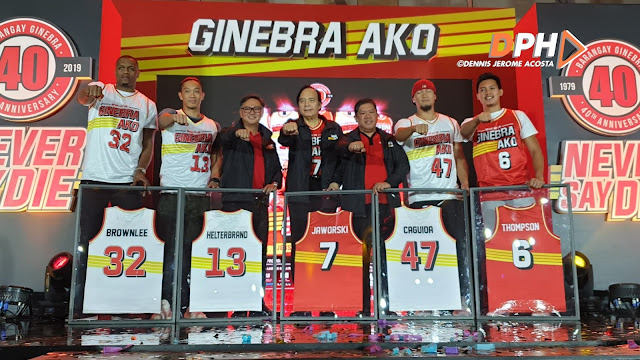 QUEZON CITY--In line with the 40th anniversary of its PBA franchise, Ginebra revealed on Thursday night a special edition jersey that the team will wear for the upcoming Commissioner's Cup.

Aside from its design which reminds us of the four decades the franchise has been in the PBA, the jersey has the phrase "Never Say Die" written in front of it. 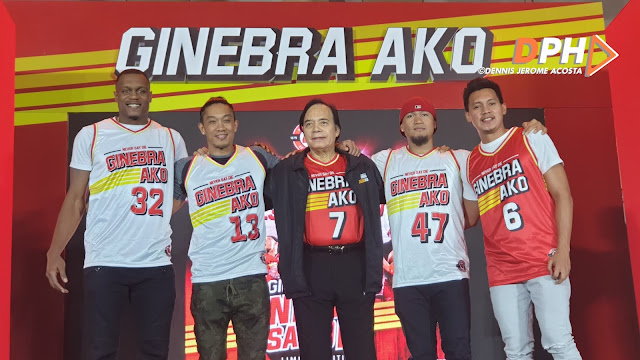 You have a chance to get this limited edition jersey by collecting six seals of Ginebra or a combination of five caps of either GSM Blue, GSM Blue Flavors, Primera Light Brandy, and Ginebra San Miguel Premium Gin.

Once collected, you can avail of the said jersey at your favorite supermarket or convenience store outlet for only PHP100.

Deadline for redemption is on June 30.