Capadocia repeats, Arcilla gets back on track to rule 2019 PCA Open

Capadocia repeats, Arcilla gets back on track to rule 2019 PCA Open 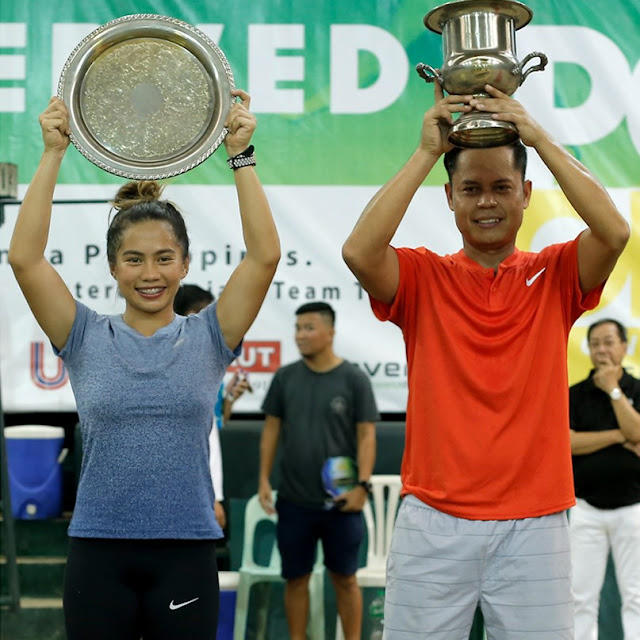 The national tennis team veteran, Arcilla, secured his title after exacting revenge to top seed and defending champion Jeson Patrombon at the semifinals, 7-6(8), 7-5, before finally overcoming Mendoza in over two hours of intense championship battle.

“I’m very happy because I won another title again. It is a humble honor that I played finals again and congratulations to Prulla because she reached the final round,” said Capadocia, who will leave for Malaysia next week as part of her preparation for the 30th SEA Games next month.

The 14-year-old Prulla, who together with Alex Eala and Alexa Joy Milliam composed the team that placed fifth in the World Juniors Championships in Czech Republic early this year upset seeded veterans Clarice Patrimonio and Shaira Hope Rivera in the quarterfinals and semifinals, respectively, to reach the final.

Arcilla and Capadocia, furthermore, ended the blockbuster championship Sunday with one more title each as they clinched the men's and women's doubles titles along with their respective partners.