UAAP S84: UP takes R2 of Battle of Katipunan

UAAP S84: UP takes R2 of Battle of Katipunan 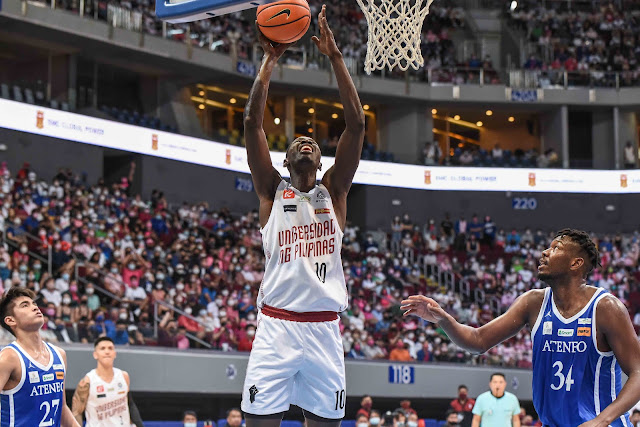 MANILA, Philippines — UP Fighting Maroons fights back at the Round 2 of Battle of Katipunan, as they win with 84-83 against the Ateneo Blue Eagles, Sunday evening at the Mall of Asia Arena.

Malick Diouf led the Fighting Maroons win with his career high of 18 points, 6/7 field goals, 16 rebounds, four assists, one steal and a block. Carl Tamayo and James Spencer both chipped in 16 and 12 points.

With the Fighting Maroons win, there is no stepladder as Blue Eagles didn’t sweep the elimination round.

UP Fighting Maroons will face the third seed DLSU Green Archers while Ateneo Blue Eagles will face the FEU Tamaraws. Both games are on Wednesday, May 4 at the Mall of Asia Arena.