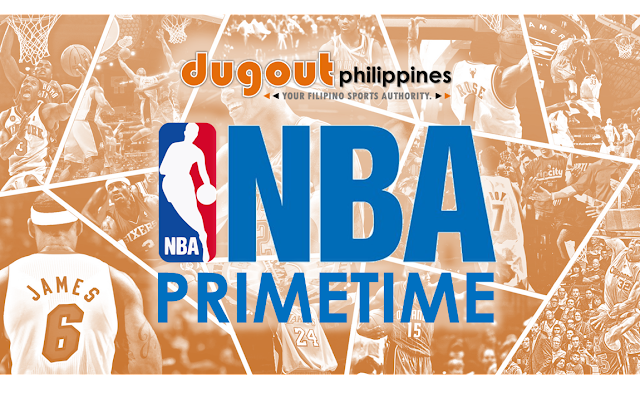 HELLO, NBA hoop junkies! We will bring you all the latest about the NBA off-season and this coming 2015-2016 season. It will be your daily dose of NBA trades, transactions, injuries, and news. We hope we’ll be able to feed your NBA hoop-starving minds. We're excited to get it going and keep it rolling

1. Magic coaching staff and team doctors are insisting that Nikola Vucevic is fine and he’s just resting the injured should, nothing major. They are insisting that if it were a regular season game, Nikola would have suited up and played in their first preseason game today, where they lost to the Hornets. They are just taking precautionary measures for Nikola this early to prevent further damage to the shoulder.

2. Free agent signee Jeremy Lin off to a good debut with the Hornets. Lin finished with 17 points and seven dimes to lead Charlotte past Orlando at the Amway Center in Florida. Michael Kidd-Gilchrist suffered an injured right shoulder in the first half of the game and was quickly taken to the hospital for evaluation and MRI. No official reports yet by the team and team doctors.

3. With the Tristan Thompson contract on a holdout/impasse, the Cavs' management starts to move on from the situation. Cavs head coach David Blatt starts to focus on the people who are in camp. Management aren’t letting the contract holdout be a distraction for the team who are focused to get back to form and move past last year’s finals’ loss. Team officials also starts bringing down all things related to Thompson in the arena and practice facility. Merchandises, wallpapers, photos with Thompson in it are being torn down and replaced.

4. Kobe Bryant reiterates that he is ready and raring to go. Bryant who sat out yesterday’s second practice session, to rest, was very refreshed and in a great mood in today’s two sessions. “I am available tomorrow, I am playing” he said after the practice session. It will Kobe’s first game back since his shoulder injury last season. He has missed a lot games in his last 2 season due to multiple season ending surgeries. He definitely wants to go back and play a lot again this season. He plans to play all 82 games at around 32-35 mins per game.

6. Paul George still feels funny and uncomfortable about playing the starting PF role. He still isn’t quite convinced that he could play the PF spot efficiently and effectively for the Pacers. He feels he’s quite lean and small for the job. "I’m still not comfortable with it regardless of the situation, it’s still something I have to adjust to or maybe not... Or maybe it’s something we can go away from.” George said after Sunday’s preseason loss to New Orleans.

7. Carmelo Anthony feels healthy as ever and anxious to get the new season started. Anthony who shut down himself and had knee surgery last February feels finally 100% healthy again. He believes that Knicks are heading to the right path and continues to trust Phil Jackson with his big picture plan. Anthony also believes that their window of opportunity to win is still around 4-5 years. “I feel I can still be a difference maker for at least 5 more years, and past age 35 I still can be effective.” said Anthony.

Derek Fisher very impressed with ex-teammate Sasha Vujacic. Fisher and Vujacic played multiple seasons with the Lakers and grabbed a couple of championships along the way. Fisher sees Vujacic as one of his mentally tough and thinking players on the roster. Fisher trusts Sasha almost more than anyone else in this team.

Arron Afflalo suffering from his previous elbow injury will return to practice tomorrow.

8. Derrick Rose expected to join teammates on Wednesday for the first since last Thursday (date of operation). Rose will still not participate in training as he was order to rest for at least 2 weeks by the doctors. He’ll just watch the practice sessions.

Joakim Noah is now back at 100% after an off-season full of rest and yoga. Noah also indicates that he has a new routine in which he sleeps very early and starts his day early with a yoga session to help him concentrate his energy at the right places. He says he owes it to his teammates to give his allot his energy on the right places in order for them to be successful.