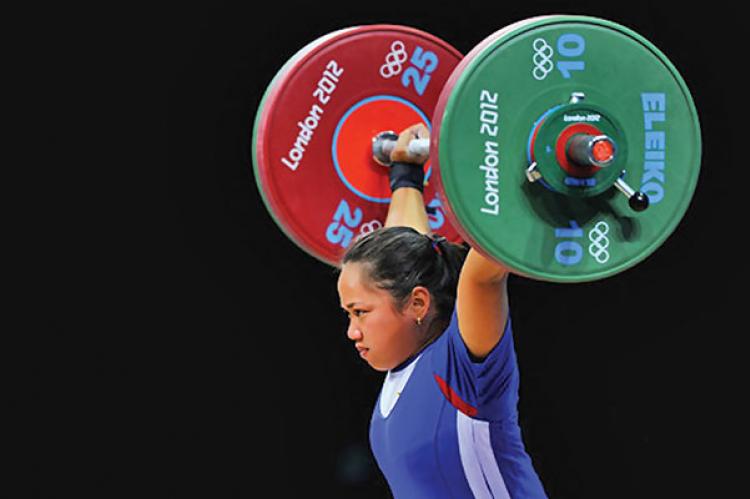 Hidilyn Diaz put to a close 20 years of clamor for an Olympic medal as she took the second spot in the women's 53-kilogram weightlifting competition on Monday (Philippine Time).

Diaz lifted a maximum of 88 kilograms in the snatch and 112 in the clean-and-jerk to finish for a total of 200 kilograms, edging South Korean Yoon-Jin-Hee, who amassed 199 kilograms in total, for the silver.

Diaz was already assured of bronze after completing the 112-kilogram clean-and-jerk, but early frontrunner Li Yajun of China faltered in her bid to steal the gold from eventual champion Hsu Shu-Ching of Chinese Taipei after failing to lift 123 kilograms in the clean-and-jerk. Hsu totalled 212 kilograms.

Li still got a consolation prize as she set a new Olympic record with 101 kilograms.

Diaz set Philippine history by becoming the first female, the first weightlifter, and the first Mindanao-based athlete to enter the Olympic podium.

She also became the first medal winner from the Philippines since boxer Onyok Velasco's silver medal conquest in the 1996 edition in Atlanta. This is also the first time a medal was won for the Philippines outside of boxing since 1936.

Following her conquest, Diaz is set to take home PHP5 million as part of a new republic act that increases the incentives the Olympic medalists can get.