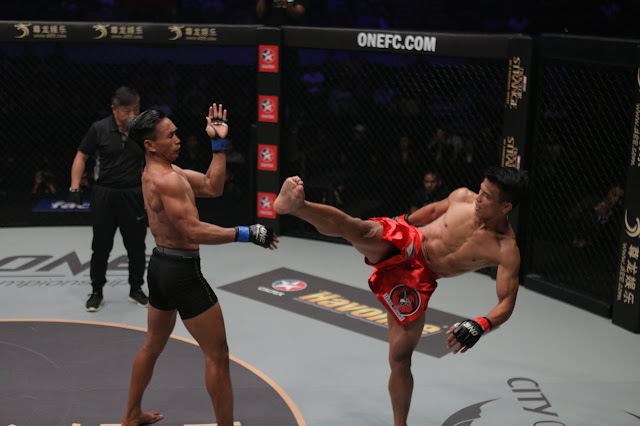 PASAY--Edward Kelly put a blemish to Meas Meul's erstwhile unscathed MMA record with a huge knockout at One: Global Superheroes at the Mall of Asia Arena on Friday night.

It was actually a lucky strike for the younger of the Kelly Brothers as the impact of a high kick attempt was enough to send Meul out cold.

Fireworks quickly lit up just as the fight began as both fighters went at it in just a zap.

Kelly, however, found an opening to land a 1-2 punch attack coupled by a high kick. Meul appeared to have kept the kick in check, but his head was hit by Kelly's knee that eventually knock him out in just 21 seconds.