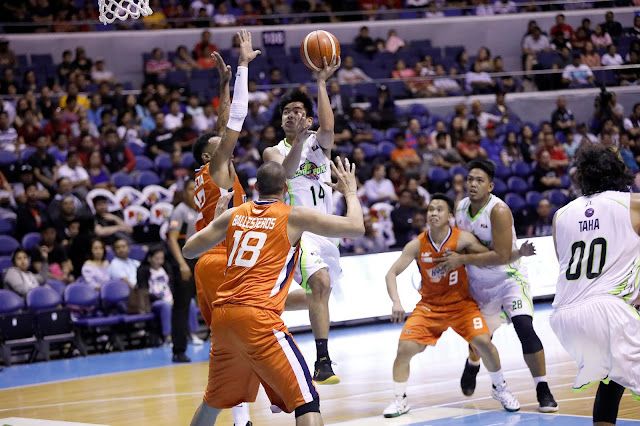 MANILA--GlobalPort found its defensive touch again and repulsed Meralco, 107-88, in their PBA Philippine Cup clash at the Smart Araneta Coliseum in Quezon City on Sunday night.

The Batang Pier stifled the Bolts early on, limiting them to only 16 points in the first quarter and eventually building a 13-point lead after the quarter on a 29-point blitz.

Meralco appeared to have slowed GlobalPort down in the second quarter after limiting its opponent to only 19 points, but the latter erupted for 34 points in the third period and never looked back.

Jonathan Grey had his best game in his young PBA career after tallying 24 points off the bench with five rebounds, two assists, and one block for the Batang Pier, interestingly against his former team.

Kelly Nabong also made a statement against his former club by tallying 17 markers, 17 boards, two dimes, and three blocks.

Reynel Hugnatan and Chris Newsome each scored 17 points and six rebounds for the Bolts.