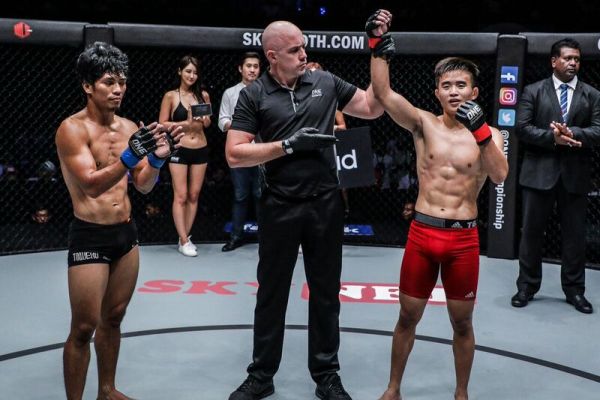 PASAY--Ma Hao Bin leaned on his striking ability to defeat Sotin Kichukov in their match at One: Global Superheroes at the Mall of Asia Arena on Friday night.

In the only fight so far that went past Round 1--and even went through the scorecards--Ma staved off a late submission attempt by Kichukov in the first round and delivered a second round assault that Kichukov barely survived.

Kichukov still tried to finish the fight in Round 3 with another submission attempt, but Ma quickly got loose and pounced on him anew at the end.

All the three judges had it for Ma for the unanimous decision win, following up on his submission win over Eugene Toquero last November.

The result snapped a string of six first round stoppages, the recent being Hayato Suzuki's submission win over Yago Bryan.

Suzuki scored a rear naked choke on Bryan that forced the latter to tap out with 57 seconds left in Round 1.