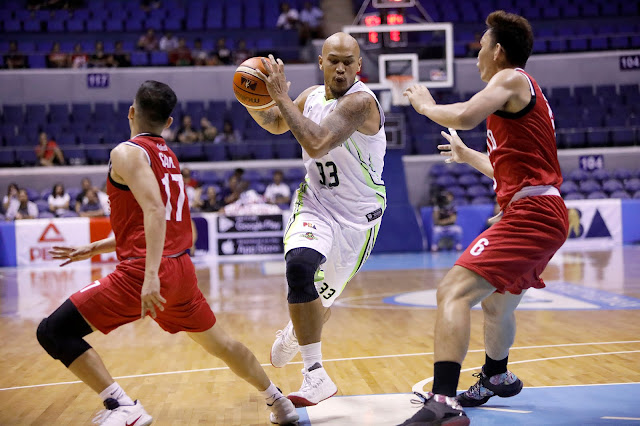 MANILA--The GlobalPort Batang Pier are in a better place after clinching a 108-91 victory over the Kia Picanto.

"We are hoping na we beat Phoenix and then we get that number six spot para best-of-three yung [quarterfinals match up] namin rather than playing the number one or two sa quarters," Coach Pido Jarencio said, relieved that his squad can potentially prevent facing the top two seeds, which would own a twice-to-beat advantage, in the first round of the playoffs.

"We took care of business tonight but it does not stop," said player of the game Kelly Nabong. "The eliminations are not over yet so we got one more game to get that sixth and seventh spot."

But before Jarencio and his wards were able to notch the W, they encountered a tough Kia side not willing to concede easily.

Looking ahead, Ryan Araña mused, "Siguro magandang preparasyon na rin iyon against Phoenix on our next game kasi fresh kami and everyone is ok. And then galing kami sa panalo. Malaking factor din iyon for our next game."

"We still have to lock down on defense, we got to move the ball and make open shots," Nabong piped in. "Phoenix is coming up next [and] they are a tough team. They are very aggressive, so we got to be locked in defensively and mentally."