UV gets luck from Ray Suerte to complete rally vs. NCF

UV gets luck from Ray Suerte to complete rally vs. NCF 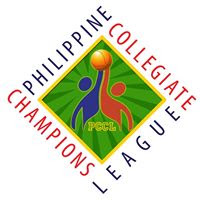 PASIG--UV got a huge lucky break in the second half.

Ray Suerte came alive in the final 20 minutes to lead the Green Lancers to a come-from-behind 85-82 win over the NCF Tigers in the final day of the PCCL quarterfinals at the Ynares Sports Arena on Sunday.

Suerte collected 25 points in the second half while making two huge defensive stops in the end to lead UV's fightback from 15 points down to steal the win from the upset-seeking NCF.

The Tigers found their groove in the first half, scoring 26 points in the first quarter and limiting the Lancers to only 13 in the second to open a 43-30 halftime lead.

A three-point play from Suerte, however, sparked his second half outburst as UV slowly but surely chipped NCF's lead away, eventually making the driver's seat on a Michael Maestre shot for a 53-52 lead with 3:14 to go in the third period. Both teams settled for a 59-all tie after three.

The Tigers threatened to pull away again as Jaymar Allarey caught fire in the fourth quarter and led them to a 73-65 cushion with 6:16 to go.

Emman Ojoula converted a three-point play to give NCF its last taste of the lead at 82-81 with 1:03 remaining as Josue Segumpan failed to give UV the lead back with a missed triple.

But Suerte stole the ball from the Tigers and found Maestre for the eventual game-winning basket with 14.4 seconds to go.

Allarey tried to steal the win for NCF, but he missed a tough shot and Suerte went all the way after grabbing the rebound for the dagger layup as time expired.

Allarey came up with 16 markers, five boards, two dimes, and one steal for NCF in a game where Ojoula saddled with foul trouble and could only come up with 13 points, although he also had 13 caroms and three blocks.