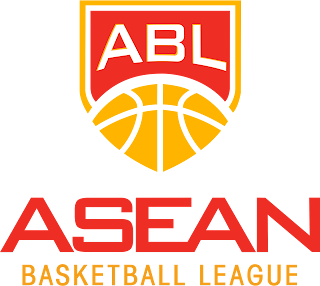 MANILA--San Miguel Alab Pilipinas engaged themselves on a fiery shootout as they blew out Saigon Heat, 126-100 and pushed themselves a step closer in punching their ASEAN Basketball League playoff seat at the University of Southeastern Philippines Gymnasium in Davao City, Wednesday night.

World Import Justin Brownlee ignited Alab’s long range spree as he finished with an astonishing 24-point, 13-rebound onslaught powered by his six long range bombs that had their visitors in a world of disarray. He also jacked up four assists and a block in just a little over 25 minutes of action.

Renaldo Balkman, meanwhile, led all scorers with 30 points, on top of his seven boards, two dimes and an interception as Alab nailed their playoff hold with their 12th win as against six losses.

Saigon, on the other hand, inflicted their ninth setback and the same number of wins. Despite the loss, the team is also close to locking up their playoff ticket.

Maxey Esho topbilled the Heat with his own 24-marker, five-carom output. He completed his stat sheet with an assist, a steal and a block for a losing cause.

Alab had their best shooting output from long range this season, knocking down 18 of their 28 attempts.

Both teams seem to have their hands blazing right from tipoff as Alab threw in their long range grenades with Brownlee and Bobby Ray Parks starting the shootout with three three-pointers combined. Saigon also had their response with Michael Williams knocking down two of his own with the hosts leading, 29-25 after 10 minutes.

Alab’s bench also made life worse for Saigon, outhustling them with 47 as against the Heat’s 22. They also are plus-16 in the rebounding department, clearly signifying their dominance in the glass.

Things got hotter as Alab continued firing from all directions with the whole team connecting at least one triple, slowly blowing their lead to double digits and lead 68-50 at halftime.

Saigon tried to chop Alab’s insurmountable lead but could not find the right formula as the hosts kept their dominance, and at one point had their lead swelled to 32 before settling for a 26-point massacre.

With only two games left for both teams, they are now assured of a spot in the four-team quarterfinals with Alab squaring off against the CLS Knights Surabaya twice to end their campaign.

The Heat, likewise will try to end their season with a blast, facing Westports Malaysia Dragons and Singapore Slingers respectively.