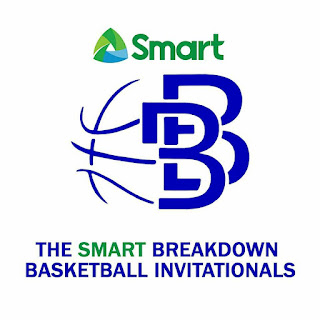 QUEZON CITY--Due to the quick rise of the Smart Breakdown Basketball Invitationals since its inception in 2015, the said grassroots basketball league will be organizing its first national tournament on March 13-18.

The said national tournament was launched on Tuesday during a press conference at the Moro Lorenzo Sports Center inside the Ateneo High School grounds.

Xavier, one of the country's best grassroots basketball programs, will be sending its U-12 and U-17 teams to the national tourneys even as the team will try to defend its homecourt as the rest of the event, including the playoffs, will happen at the Jacinto Tiu Court of the said school in San Juan City.

Meanwhile, ICA, which according to Breakdown official Gil Salandanan will be bringing in the core of its NCAA lineup last year, will pose a challenge to Xavier in the U-17 division even as Centerphil Montessori, Philippine Academy of Sakya, Southern Philippines College, and Montessori De San Ildefonso could be in for a surprise in the high school division.

However, John Sy, the basketball program head of the Golden Stallions, confirmed that Batang Gilas player Miguel Tan will suit up for them in the U-17 tournament.

The teams will go a single round robin elimination phase with the top four teams going to the crossover semifinals, where the winners will face off in the championship game.

The tournament will start with a coaches' conference before the opening ceremonies at the Blue Eagle Gym here.

Jamike Jarin, LA Mumar, and Nash Racela will be the guest speakers of the said conference.

On the other hand, Kai Sotto and Scottie Thompson will grace the opening ceremonies.

Action will then ensue quickly as Bukidnon Faith takes on Assumption-Davao in the first game right after the opening rites and ICA battles MDSI at the start of the U-17 tourney at 2:30 p.m.