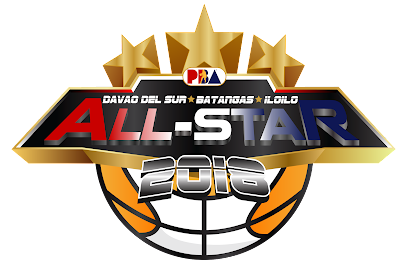 The winning piece was courtesy of John Paul Limos, a 25-year old part-time photographer and graphic design artist, who bested 44 other finalists which made the final cut-off out of the more than 100 logos submitted by fans and artists.

The winner earns an all-expense paid trip for two (air transfer from Manila-Davao or Iloilo-Manila/land transfer from Manila-Batangas-Manila), hotel accommodation, and full board meals in one of the three All-Star destinations, namely Davao Del Sur, Batangas, and Iloilo.

An all-access pass to every 2018 All-Star activity will also be accorded him and his companion to his/her chosen leg, and at the same time, get the chance to interact with players, officials, and league staff and be immersed under the All-Star atmosphere.

The three stars prominently displayed above the winning logo suggest the move of holding the mid-season spectacle nationwide in a three-leg series.

Just below the stars shows the PBA logo and the words All-Star written in bold letters, while in between are the three provinces hosting the event – Davao del Sur (Mindanao), Batangas (Luzon), and Iloilo (Visayas).

The year 2018 is then written across a half shape basketball found underneath the logo.

Under the rules, the winning logo will not become a property of the PBA as the artist retains all copyright and may use or reuse their art as they wish.

However, the artist grants the league the right to use the image online (website) and across various official PBA social media platforms and merchandise in perpetuity.

Marcial profusely thanked all fans and artists who sent their entries.

The All-Star Week is slated from May 23 to May 27 pitting Gilas Pilipinas against three teams from Luzon, Visayas, and Mindanao.