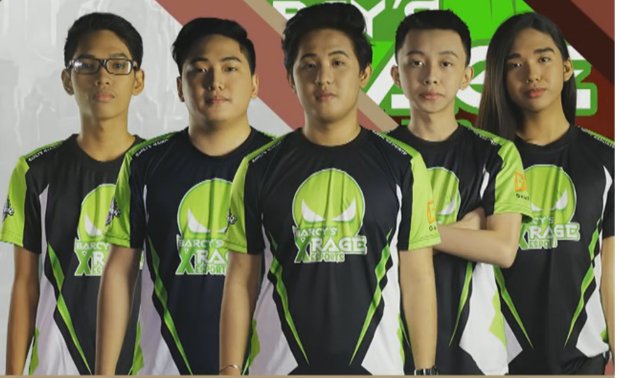 MANILA -- With the dazzling plays shown by their rookie carries, the newcomers of the Pro Gaming Series arguably pulled off one of the unthinkable moments PH competitive League of Legends has ever witnessed.

Despite being tagged as underdogs after finishing the group stages in sixth place (5-10, 2-5 in set), BRE, with Santillan (Rdie) and Reyes leading still proved that even the youngest ones can defy the odds as the rookie duo provided some highlight-reel worthy plays, highlighting Santillan’s superb kiting on Vayne in the set-ending base teamfight, and Reyes’ impressive LeBlanc assassinations in IPT’s squishy carries, which resulted in a combined 33/18/49 kill-death-assist (KDA) record in their three wins in the entire five-game series.

With his stellar showing, Reyes, also known as Jaime and a former LoL Collegiate League champion, alongside with the win was also hailed as the Player of the Game through his efficiency and versatility with Galio and LeBlanc. registering a combined team-high 5 KDA Ratio (21/9/24 KDA) in the end.

BRE's sophomore jungler Keiya Laureta (XDXP) also didn't fail in supporting Santillan and Reyes in his back as he bagged a combined 10/13/25 KDA in their three wins, putting his flawless 8/0/8 KDA on Olaf in Game 2 and his game-changing Baron Nashor steal on his signature Nunu in the final game in the spotlights.

Santillan’s bot lane partner Carlo Valderrama (Shanaa) also joined in stepping up, making his presence felt through his tanky support picks like Leona, Alistar and Tahm Kench, which produced a combined team-high 53 assists in the entire series and is significant to the organization’s first semifinal entrance.

Meanwhile, IPT’s sudden role swap of their resident AD Carry Josef Adrian Cabero (HATE) to the jungling position and jungler Cedrik Santos (Ivalice) to the AD Carry role didn’t work out the way they expected to happen as Reyes, Santillan and the whole BRE squad dumped them in the final ticks of the series, causing them to fail in their goal for redemption.

With the new bloods not feeling any pressure, they ultimately destroyed their veteran counterparts' main goal - in the most unexpected manner, tracing from the start of the series.

And this worked out for the newcomers despite dropping two games to the two-time PGS kings in long minutes, including a 61-minute comeback win for IPT in Game 3 as Santillan and Reyes benefited and carried the squad with its might in Games 4 and 5, with the final game finished in 45 minutes through Santillan's superior flank kiting on Vayne.

Even though crushed by the youngsters, IPT didn’t crumble easily with veteran top laner Alec Valdez shouldering the former Garena Premier League (GPL) qualifiers, but their adversaries shut them down by wiping them in late-game team fights, inscribing the set-ending mid lane clash, enough to force them to call GG in more than five straight hours of continuous set action.

On the other hand, Segovia submitted a decent record for IPT, garnering a combined team-high 4.27 KDA Ratio (27/15/37 KDA), altogether with seasoned support Rogie dela Cruz, who accumulated a combined game-high 61 assists in the entire five-game run.

With their historic win, BRE will face Mineski in the semifinals through the lowest remaining seed-rule, which is happening as of press time.