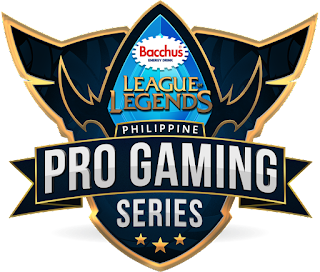 
MANILA -- And the finals of the 2018 PGS Spring Playoffs are now set and ready.


TNC Pro Team made a historic peat to its League of Legends Division while Mineski (MSK) secures another sure top-two finish in the playoffs as they eclipsed their respective opponents in the semifinals to advance to the 2018 Bacchus PGS Spring Split Finals on Thursday.

Despite playing the first two games on Saturday and the rest on Thursday due to technical difficulties, TNC, a former relegation squad showed no signs of rustiness and managed to defy the odds as they managed to solidify the organization's first PGS Finals appearance after dethroning the defending champions Team Manila Eagles (TME), 3-1 with jungler Jhaymar Garay (Burst) paving the way for the revamped six-man squad.


Garay, alongside with the team's historic win was also hailed as the Player of the Game in the entire series, highlighting his incredible jungling antics, which propelled TNC's carries Arrell Hill Nulud (Haze) and Richard Lara (Demon) to their stellar individual performances in TNC's three wins in four nerve-wracking semifinal games.

TNC's seasoned top laner Richard Espejo (Ikaros) and support Beaver-Ed Villanueva (Orthros) also didn't fail in supporting their carries into their backs as the duo's tanky and utility support picks proved to be effective in helping Nulud and Lara outscale TME's carries down the stretch, merely enough to contribute in their team's impressive win.

Mineski, on the other hand successfully maintained their undefeated record in the current PGS split (now 10-0 in set, including their semifinal win) and secured the last Finals ticket after lopsidedly sweeping the newcomers Barcy x Rage eSports, 3-0 with their Korean imports Kwon Jun-seok and Bae Yong-jun asserting their dominance once again.

Kwon, who was absent in MSK's last group stage match managed to step up quick, flashing his flexibility in playing assassins like Kha'Zix and tanks like Zac to help Bae scale hard with his Ezreal and Caitlyn, which resulted in an excellent performance in the three-game series and impacted big in his squad's convincing victory.

MSK's resident substitute James Karl Santos (Hamezz) and mid laner Eric Allen Gubatan (Exo) also displayed their versatility despite swapping the veteran duo in the middle of the series as they amassed most of the team's kills in the series, making their poke-centered picks like Corki, Azir, and Syndra effective in their core strategy in the entire games.

With their tickets on their hands, MSK and TNC will face each other in the best-of-five Finals this Saturday for a chance to represent the Philippines in the upcoming 2018 Garena Premier League (GPL) Spring Split this March 28 to April 1 at Thailand.