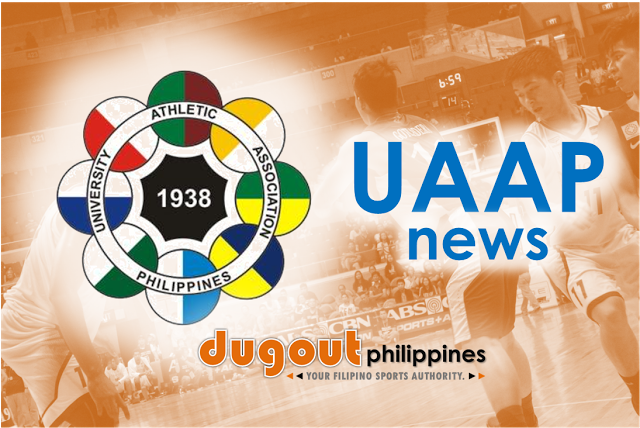 The Red Warriors pulled off a dominant performance in a lopsided affair with the Blue Eagles after smashing their way to their second straight title and the most ever in their school history with a 3-0 victory while the Lady Tigresses moved from a 1-1 tie at the early going to hoist the championship trophy since 2014 via 3-1 triumph over the Lady Eagles.

UE and UST needed not to maximize their own twice-to-beat advantages after finishing the two Ateneo teams in seemingly identical fashion.

Reigning Most Valuable Player AJ Lim guided the Red Warriors into its second championship in all of his years in the UAAP in so far after overpowering Ateneo’s Ino Canlas in two straight sets, 6-1, 6-1, while also spearheading UE in a perfect season as they have not lost a single tie in all of the nine matches that they played this season.

Lim, who has yet to lose a single match in his overall UAAP stint, was named as the league’s MVP for the second straight year despite missing a few games back in the first round due to a national team call up when he played for the Philippine Davis Cup Team in Indonesia last January.

Joshua Kinaadman took care of the opening rubber match after ousting AJ Rivero in the first singles match before the tandem of Rogelio Estaño and RJ Saga weathered a first frame setback to eke out a close 5-7, 6-3, 6-3 doubles win against Luke Flores and Erj Gatdula to complete their title defense.

Meanwhile, the Tigresses withstood a gallant women’s Ateneo stand after suffering an immediate setback in the first singles by dismantling the Lady Eagles with a three two-setters in the preceding rubber matches to level with the National University Lady Bulldogs’ UAAP record of most titles with four.

Danica Bautista and Genevieve Caorte secured the championship trophy for the España-based squad with a 6-3, 6-3 victory over Jana Pages and Carmen So in the final doubles rubber after the UST took the lead off a Monica Cruz’ 6-2, 6-0 triumph against Rookie of the Year Martina Bautista in the second doubles.

The Lady Eagles started off things in Court 4 after Khrizelle Sampaton registered a remarkable 6-4, 7-5 nail-biter against Kendies Malinis, only to witness the UST in an even affair thereafter as Precian Rivera and this year’s MVP Erika Manduriao took care of Jana Hernandez and Nicole Amistad, 6-4, 6-3.

The Lady Tigresses managed to win all of their seven ties this season despite missing the services of their ace player Ingrid Gonzales in the finals after being forced to retire in the last elimination tie due to a knee injury.

On the other hand, the Katipunan-based Ateneo squads both finished as first runners up in a rare occasion, highlighted by the Blue Eagles’ momentous season, who after 17 years returned to the finals by coming up from an 0-2 record at the start of the tournament.