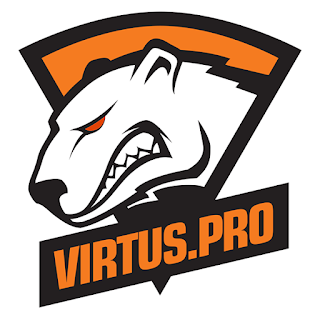 PASAY--Virtus Pro ruled the Bucharest Major after sweeping VGJ Thunder, 3-0, in the finals on Sunday.

The Russian quartet of skipper Alexei Berezin, Roman Kushnarev, Pavel Khvastunov, and Vladimir Nikogosyan; and Ukranian reinforcement Vladimir Minenko took home US$500,000 (about PHP26.03 million) for winning it all.

Aside from that, Virtus Pro also earned 750 DOTA Pro Circuit points, which is very crucial in its bid to make TI8 outright.

Virtus Pro, with 7,197 total DPC points, is already way ahead of Liquid (4,635) in the DPC points race, which virtually puts the former as a lock for a TI8 invite.

Liquid earned 150 DPC points of its own plus US$90,000 (about PHP4.68 million) after making the semifinals of the tournament along with Newbee. However, Liquid was swept, 2-0, by the eventual champ in the Final 4.

On the other hand, VGJ Thunder took home US$200,000 (about PHP10.41 million) and 450 DPC points for the runner-up finish. The said DPC points were enough to put the Chinese team ahead of NaVi for sixth place in the DPC race, just below mother side Vici for fifth.

The Danil "Dendi" Ishutin-led group got the early boot after TNC defeated the European squad in the group stages, eventually giving the Filipino team a quarterfinal berth.

TNC's playoff clash against VGJ Thunder went to a sudden death Game 3, but VGJ Thunder got the better of TNC in the decider.

TNC still took home US$30,000 (about PHP1.56 million) for the quarterfinal finish, but the Philippine team did not get DPC points as only the semifinalists were given DPC points. TNC is stuck in 13th place, way outside the Top 8 which means direct invites to TI8, with 270 total points.