PASAY--San Miguel may be down by as much as 23 points at one point of Game 5 of the PBA Philippine Cup Finals.

But you just can't underestimate the heart of the champion.

The Beermen came back from the grave to trample the Magnolia Hotshots in a double overtime classic, 108-99, and clinched their fourth consecutive pennant in the season-opening conference at the Mall of Asia Arena.

With its back against the wall with a 1-3 deficit, Magnolia thought it already sealed a Game 6 after taking a 71-48 lead with with 4:38 remaining in the third quarter.

However, SMB slowly bounced and finally erased on a three-pointer from Arwind Santos that tied the game up at 86-all with 16.5 seconds remaining in regulation.

The team actually had a chance to steal the win in regulation when Marcio Lassiter stole the ball and ran almost the full length of the court for a right corner three just before the final horn. He missed the shot.

The game remained tight in the first overtime, but it was in the next five-minute extension when the Beermen sealed the win, opening the second free basketball session with a 7-0 run to open a 101-94 lead and never looked back despite Aldrech Ramos heating up a bit later in the period. 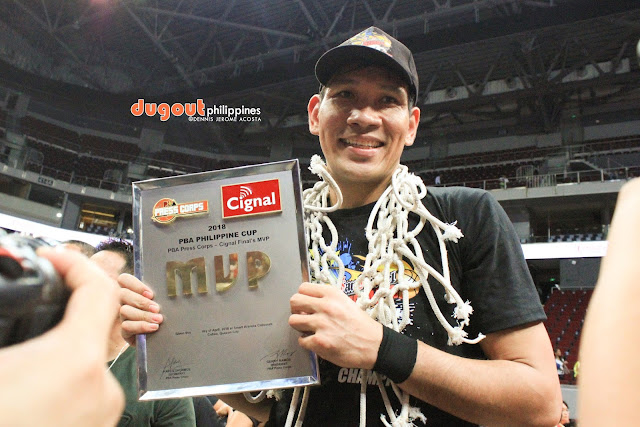 Junemar Fajardo finished with 42 points, 26 coming in the second half and the overtime sessions, 20 rebounds, one assist, one block, and one steal en route to becoming the Cignal-PBA Press Corps Finals MVP.

Santos added 23 points on 9-of-13 shooting with 11 boards, two assists, and four blocks.

Chris Ross finished with a triple-double of 13 points, 11 rebounds, and 11 assists; and even came close to a quadruple-double as he stole the ball eight times.

Paul Lee led Magnolia with 21 points, but he was scoreless in overtime as he too committed seven turnovers.

This is the biggest rally in a PBA Finals game since Alaska also came back from 23 points down to steal the win from TNT in Game 1 of the 2007 Fiesta Cup Finals. 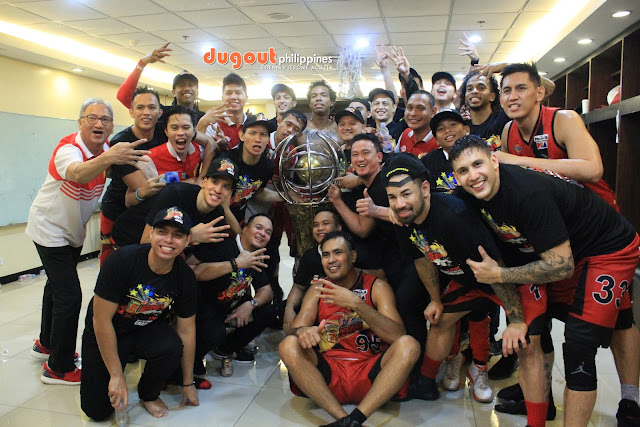