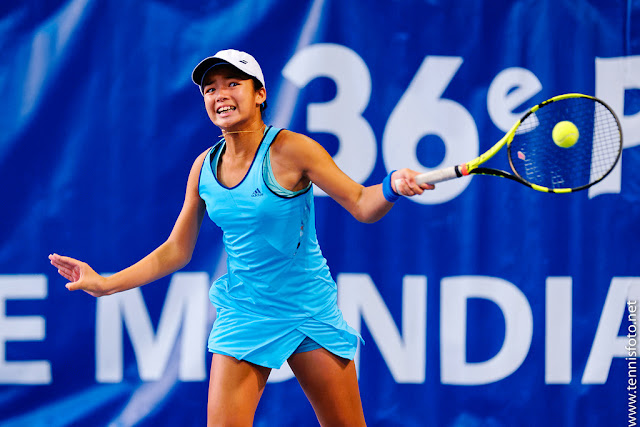 FEW hours before the commencement of this year’s tennis tour’s clay-court swing at the Roland Garros for the 2018 French Open qualifiers starts, various storylines are already emerging as a preview to what should have been a promising edition of the second Grand Slam of the season especially now that a number of big-time tennis stars are in time to display their resurgence at Paris, France.

Rafael Nadal, fresh from winning his eight title in Rome and a record 32 Masters 1000 title while also reclaiming the world number 1 spot after relinquishing the status from Roger Federer last week, is seeded number one yet again in his most favorite Slam but the likes of Alexander Zverev and the returning Novak Djokovic and Kei Nishikori stand along the way to derail the Spaniard from acquiring his coveted La Undecima.

Meanwhile, on the women’s side, Elina Svitolina hopes to turn her tour success into winning a maiden Grand Slam title after defeating current world number 1 Simona Halep but a threatening force from three former top players is slowly making it again to the summit as Victoria Azarenka and Maria Sharapova have been noticeably playing well and regaining their form while the royalty of queen Serena Williams is seen practicing just after attending the Royal Wedding of Prince Harry and Meghan Markle.

Yet, the Philippines is here again silently smashing balls and breaking points just dreaming to claim that most awaited day to be hailed at the pinnacle of the sport.

With the absence of Treat Huey, one of the country’s elite players at the ATP World Tour, the Philippines is almost pushed once again to the deepest part of the baseline—thanks, however, to Alex Eala and the country seems to have found a new world-class tennis talent to salvage the dying status of the sport in the nation.

In January, Huey represented the country Down Under to compete at the Men’s Doubles of the Australian Open but the former ATP Finals finalist suffered an early exit at Melbourne after he and his Brazilian partner Marcelo Demoliner yielded a tough 6-7, 4-6 defeat against 15th seed Aisam-ul Haq Qureshi of Pakistan and Marcin Matkowski of Poland at the first round; and, since then, the former world number 18 is nowhere to be seen as he slumped back outside of the Top 100.

In a surprising turn of events though, Eala, the younger sister of another fresh breed of tennis talent in the Philippines in the name of Miko Eala, caught the then sad hearts of Filipino tennis fans as she went on to win the Les Petit 14 and Under European Championships in France later that month.

The 13-year old Eala, despite being a wild card, scored six straight upset wins including the tournament final against Czech Republic’s seventh seed Linda Nozkova where she had to weather a one-set deficit and 3-5 disadvantage in the decider before storming back and eventually clinch her first ever world title, 5-7, 6-3, 7-6.

A little less than two weeks later, Eala received a major news after ITF board member and Fédération Française de Tennis President Bernard Guidicelli commended Eala and Nozkova’s impressive finale at Les Petit that made both young tennis racketeers to earn a wildcard at the junior girls singles qualifiers for the French Open that will kick off on June 3-10.

True enough, Eala’s stunning performance at the start of this year undoubtedly made her as one of the head-turners for the future of the Philippine tennis, and while it is only fair to say that the former WTA Future Stars is now already slowly cementing her legacy as one of the uprising greatest players that the country has there is.

Apparently, the expectations surrounding Eala, despite being a normal student at Colegio de San Agustin-Makati, are high, but that should not be a surprise because the last time the country had a juniors qualifier in the Majors was still in 2011 when Jeson Patrombon made it to the quarterfinals of the Australian Open while also reaching at least the first round in Flushing Meadows—and if six lengthy years is not something a Filipino tennis fan is satisfied for, two-time UAAP Most Valuable Player AJ Lim actually participated in Down Under last year but eventually got dispatched in the second round.

Furthermore, apart from the country’s decent successes in the international tennis scene, particularly at the SEA Games, Asian Games, and the Davis Cup, it has already been almost a decade since the Philippines first witness a Grand Slam winner from the country when Francis Casey Alcantara and his Taiwanese partner Hsieh Cheng-Peng beat Mikhail Biryukov and Yasutaka Uchiyama to bag the Australian Open boys juniors doubles title, 6-4, 6-2.

Alcantara, who as of this writing plays with American Colin Altamirano and just notched a 6-3, 6-4 upset victory over Justin Barki and Thai-Son Kwiatkowski at the ITF Singapore F2 Futures, still holds the record as the Philippines’ only winner at the Grand Slam, and while Huey made a case for himself several times before, the Filipino-American failed to deliver one more for the country.

This year, though, with the qualification and opportunity that awaits Eala in the one-week affair in France, who knows but this young Filipina Serena Williams perhaps, might salvage the dying status of the Philippine tennis.

A certain prospect for the Philippine Fed Cup Team in the near future, Eala is one step closer to becoming the messiah that the country searches for a very long time.

She might be young but Eala’s the only hope that the Philippines has for now. Besides, our national hero have once spoken that “the youth is the hope of our nation.”