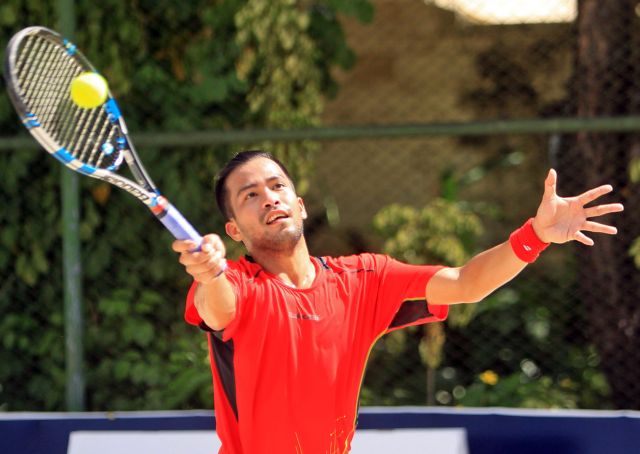 MANILA--Philippines’ top player Francis Casey Alcantara will continue in the hunt of bagging his first ever title this season as he is set to play with Chinese partner Fajing Sun after being drawn as the number one seeded duo at the ITF Pro Circuit Wuhan opener in Wuhan, China on Tuesday.

Alcantara, who had only reached an elite eight match once so far this year when he and his partner Anderson Reed lost against Jabor Al-Mutawa and Vuk Vevlikovic at Qatar, will team up with Sun for the first time ever in an attempt to return off a disappointing home court loss against Thailand at the Davis Cup Asia/Oceania Zone Group II second round last month.

“I’m 100 percent healthy, hopefully (I can reach) semis or higher,” he added.

The former Australian Open boys juniors’ doubles champion and Sun will open their campaign at the Wuhan National Fitness Center by facing the Japanese tandem of Kento Takeuchi and Kaito Uesugi at the top-half of the draw at 2:30 pm (PST) tomorrow.

This will be Alcantara’s fifth Futures tournament this year after a month-long break and first ever since he and Johnny Arcilla yielded a tough three-setter loss against Sanchai and Sonchat Ratiwana at the third rubber of their Davis Cup second round affair at the Philippine Columbian Association, 6-4, 6-7, 1-6.

Meanwhile, the 26-year old hotshot from Cagayan de Oro happily shared his rough trip to China after he unwantedly lost and left his luggage at a stopover in Hong Kong before getting involved in a taxi fare scam upon arriving in China.

“It’s fine naman. It was a bumpy—bags and taxi—first day but it is better now,” Alcantara shared.