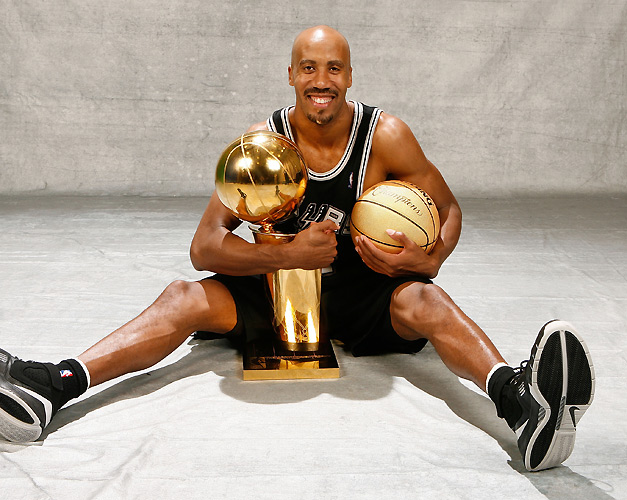 MANILA--Bruce Bowen will be in town to give NBA fans more reason to be in the NBA Finals viewing parties on June 1 and 4.

Bowen, who was part of the NBA All-Defensive Teams for eight consecutive seasons from 2001-08 and won three NBA titles, all with the San Antonio Spurs, will be the special guest of the said viewing parties set by broadcast partner BTV.

“I look forward to visiting the Philippines to enjoy the NBA Finals alongside Filipino fans,” said Bowen. “I’ve heard so much about the Philippines and their basketball fandom, and I can’t wait to experience it for myself.”

The first viewing party will take just as Cleveland and Golden State begin their best-of-seven series on Friday at 9 a.m. at the Eastwood City Mall Activity Center in Quezon City.

The Game 2 viewing party will happen on Monday, 8 a.m., at the Buffalo Wild Wings restaurant inside Glorietta 2 in Makati.

During the days off, Bowen will conduct a basketball clinic with 40 kids at the PUP campus here on Saturday, while he will be in a fans day back at the Eastwood City Mall Activity Center on Sunday.

The Warriors set a fourth consecutive finals meeting with the Cavaliers, the first time it ever happened in all of American professional team sports, after a 101-92 win over the Houston Rockets in Game 7 of the Western Conference Finals at the Toyota Center in Houston on Tuesday (Philippine Time).

Down by as much as 15 in the first half, Golden State outscored Houston, 33-15, in the third quarter with Steph Curry and Kevin Durant draining a combined 24 of the Oakland-based club's 33 to go up for good as Houston suddenly could not hit a three-pointer in the second half, only making one of its last 30 treys after starting the game 6-of-14 from deep.

Curry came close to a triple-double with 27 points, 10 assists, and nine assists with four steals and one block, while Durant led the Warriors in scoring with 34 markers alongside five rebounds, five assists, three blocks, and one steal.

Draymond Green had his own double-double of 13 boards and 10 points with five dimes, one steal, and one block.

James Harden fired 32 points for the Rockets, but he was only 2-of-13 from downtown and 12-of-29 overall in field goals as they dearly missed Chris Paul, who was declared out for Game 7 due to his lingering hamstring injury just before tip-off.