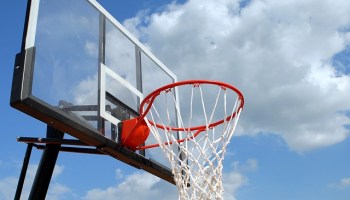 Jummel Perdido proved to be the bravest of them all, drilling the game-winning long bomb as his side claimed the PHP50,000 cash prize.

Perdido uncorked seven points on his way to being named as the Tournament MVP.

His brother Jayven Perdido added five points in the triumph, while Alexzan Pamugas also got five. Mark John Luceno scored one in the win.

Team Tenorio-Davao played catch-up all game long, staring at a 10-7 deficit at one point as Team Jamito-Nueva Ecija preserved its three-point cushion.

But defense did the trick for the Davaoeños, clamping down on the Novo Ecijanos before Pamugas tied the game at 15 with a booming two-pointer.

Team Jamito-Nueva Ecija had a chance to win the game as Nelson Caduco trooped to the line, but he missed both of his foul shots, giving Team Tenorio-Davao the golden chance which it did not squander.

Joel Cabunoc carried the runner-up with eight points, while Caduco got six in the losing cause.

Ginebra San Miguel 3x3 Tapang ng Tatluhan offers their most beloved patrons, the consumers, a once in a lifetime opportunity to experience and celebrate basketball in a professionally regulated tournament. This grassroots program of Ginebra San Miguel was aimed on opening doors for these aspiring athletes to chase their dreams of one day being the next basketball superstar.

This marked the second consecutive year of the partnership between Ginebra San Miguel and the Philippine Basketball Association (PBA) in aiding in the development of this new Olympic sport of 3x3 basketball. All players who participated in this year’s tournament wore the limited edition “Ginebra Ako” jerseys, which are also the same jerseys donned by the Barangay Ginebra San Miguel team in the ongoing 2018 PBA Commissioner’s Cup.