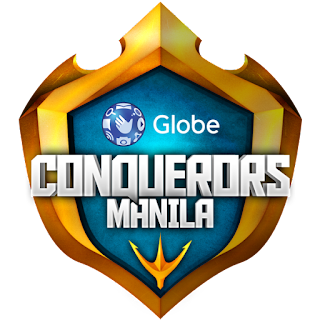 QUEZON CITY -- And the returnees ultimately made a noise after a year of silence.

Competitive scene returnees Emperor Esports (EMP) finally made their big step in their major comeback as they leaned on Ashley (Spe4rrrrr) Tenorio's outrage to eliminate crowd favorites TNC Pro Team (TNC) via sweep, 2-0 in the second round of the Globe Conquerors Manila 2018 - National Qualifiers - Lower Bracket at the Ayala Malls - Cloverleaf in Balintawak, Friday evening.

After leaving the competitive scene for almost a year, EMP, who was completely rejuvenated in the Summer offseason after acquiring big free agents, stormed all the way to the top, going through the Online Qualifiers, where they secured the fourth and final seed heading to the Nationals.

With the chances on their hands, they didn't waste enough time to make a noise.

Despite having some communication errors prior to being newly reformed, EMP didn't let that set them back, but instead, stole the spotlight in the moment when they needed the most as Tenorio 's gold-funneled Kai'Sa scored a crucial Pentakill in the 30th minute at the Baron pit tribrush in Game 1, where he racked up a total of 14 kills.

And with that single onslaught of champion takedowns, Tenorio and the whole squad never looked back ever since.

After pulling off a surprise Kayle pick as the center of their gold-funneling strategy, EMP's efforts were tremendously paid off as Tenorio, who played the Kayle, went on a berserk, racking up a kill-death-assist (KDA) of 10/1/4, highlighting a series-sealing Triple Kill in a mid lane teamfight in the 36th minute, thus, scoring the huge upset.

For TNC, their biggest chances of winning came in Game 2 as they continuously dumped EMP's early game assault, but the latter found a way to repel their comeback attempt, forcing their downfall.

With the win, EMP will face Team Red (RED) in the third round as of press time.