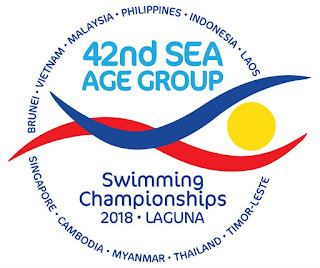 LOS BANOS--Mishka Sy scored one of the Philippines' two golds in the latter part of Day 2 of the Southeast Asia Age Group Swimming Championships in style, breaking the junior national record in the U13 200-meter backstroke event at the Trace Aquatic Center on Saturday.

Sy, however, had to endure a down-the-wire finish to take the first spot, beating Thailand's Jinjutha Pholjamjumrus by only 0.17 second.

Athena Chang, on the other hand, missed out on joining Sy at the podium as she finished at 2:33 flat, almost five seconds slower than third placer Komang Nugraha of Indonesia.

Xiandi Chua, meanwhile, added another gold to her overhaul by ruling the girls 16-18 200-meter backstroke event.

She edged Azzahra Permatahani for first place by clocking in at 2:21.98 against the Indonesian's 2:22.41.

Chua came in four seconds slower at 4:57.5 and settled for the silver.

On the other hand, Miranda Renner, who led the Philippines' 1-2 finish in the girls 16-18 50-meter butterfly event earlier Saturday, connived with Kirsten Tan, Camille Buico, and Althea Baluyut for the bronze in the girls 4x100-meter freestyle event

The Filipino tankers would add three more silvers and two bronzes to cap their stint in the halfway point of the three-day event.