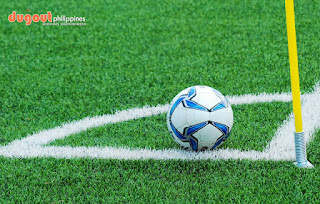 CARMONA--Playing minus newly resigned head coach Marjo Allado for the first time, Global Cebu thought it would hold Stallion Laguna to a draw in their PFL match at the PFF National Training Center on Saturday.

One of Cebu's former star, however, won it for Laguna.

Pao Bugas drilled in the winning goal as Laguna rallied back to subdue Cebu, 2-1.

Bugas' goal actually completely saved Laguna's cause as Cebu drew first blood and seemed on course for an upset.

Charlie Beaton scored the early stunner for Cebu in the second minute only for Nate Alquiros to get the goal back five minutes later.

Despite the Laguna goal, Cebu kept its opponent at bay as its defense held fort.

However, Jhan-Jhan Melliza found Bugas through a cross from the left flank, and Bugas put the pointblank shot past Jun Badelic for the 79th minute winner.

With the win, Laguna, at 31 points, is now within one point of Davao (32) for third place and two of Iloilo (33), which will play Marikina on Sunday at the said venue, for second place.

Cebu, which was fresh from two straight blowout losses to Marikina earlier in the week, remains at five points.