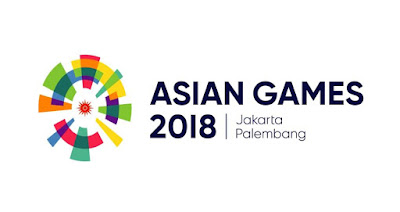 MANILA -- Halfway through in the continuing action of the 18th Asian Games in Jakarta-Palembang, Indonesia, the Asiad contingent team of the Philippines currently seats in 21st place on the latest medal standings, carrying seven total medals with a gold and six bronzes.

The latest snatching party of the Philippines was produced from women's jiu-jitsu by Meggie Ochoa at the expense of her co-Filipina Jenna Napolis to garner the sixth bronze medal of the contingent team.

Hidilyn Diaz earlier lifted the country to its first gold medal in the Asian quadrennial sportsfest after she successfully reigned the women's weightlifting 53kg at Jakarta International Expo last Tuesday.

So far, the Filipino contingents in wushu and taekwondo produced the most medals in the 18th Asiad.

Divine Wally assured her bronze medal despite losing against Elaheh Marsoyan Samiroumi of Iran in wushu women's sanda -52kg on Thursday night while Agatha Wong amassed the third bronze for the Philippine team in Women's Taijiquan and Taijijian All Round last Monday.

The men's and women's poomsae team already steamed the first medals of the Philippines as they honored the bronze medal in their respective team poomsae competition last Sunday while Pauline Lopez kicked the fourth bronze medal for the country last Tuesday.

Still, China owns the limelight as they are currently possessing 66 gold medals. Behind them are Japan with 29 golds and Korea Republic with 23 gold medals.