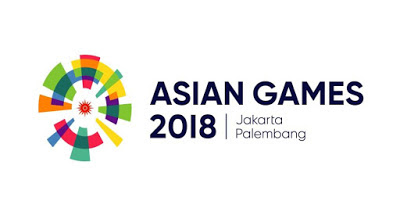 PALEMBANG–The top Philippine troika of Liza del Rosario, Lara Posadas and Alexis Sy were derailed by the morning lane conditions and could muster only seventh place at the start of the 18th Asian Games bowling championships at the ultra-modern Jakabaring Sports City Bowling Center here on Wednesday.

Unable to find their lines and adjust in time with the use of the long-oil pattern in the first three games, the Filipina keglers pooled 4026, 300 pinfalls behind the sizzling Malaysian trio of Hamidi Afifah Badrul, Rahman Siti Abdul and Mei Lan Chea, who took the gold with combined tally of 4326.

Chinese-Taipei (4255) settled for silver while Singapore got bronze (4250) in a day of soaring scores with the new scoring system in play, exemplified by Malaysian Badrul’s eye-popping six-game average of 242.83, and with teammates Abdul (238.33) and Cheah just as hot (239.83).

The other PH triumvirate of Maria Lourdes Arles, Rachelle Leon and Dyan Coronacion placed 10th with a combined output of 3923.

Former Asian champion Del Rosario, Posadas and Sy could not string up strong games simultaneously in the morning session and found themselves lagging behind in 12th place after the first three games a total output of 1924, 227 pins behind the early Malaysian frontrunners, who tallied 2124 together.

With medium oiling used in the last three games in the afternoon, Del Rosario, Sy and Posadas finally regained their bearings but by then it was a little bit too late as they closed out their six-game series with scores of 220, 263 and 267, respectively.

Nevertheless, head coach Paeng Nepomuceno was happy with the performance of his charges, saying: “It was a good start for us and you saw how our women ought in the last three games even if they were far behind after the first session. We hope our boys can do better.”

Seeing how the women struggled, national men’s coach Biboy Rivera vowed to make up for their teammates when the men’s squads go into action on Thursday.

“I believe our boys will be able to handle the long-oil conditions better,” said Rivera, who will be fielding Kenneth Chua, Enzo Hernandez and Merwin Tan in one squad and Kenzo Umali, Jomar Jumapao and Raoul Miranda in the other.

The men’s trios will also be a six-game series but with the lane conditions in reverse, with the medium-oil used in the morning and the long-oil in the afternoon session.