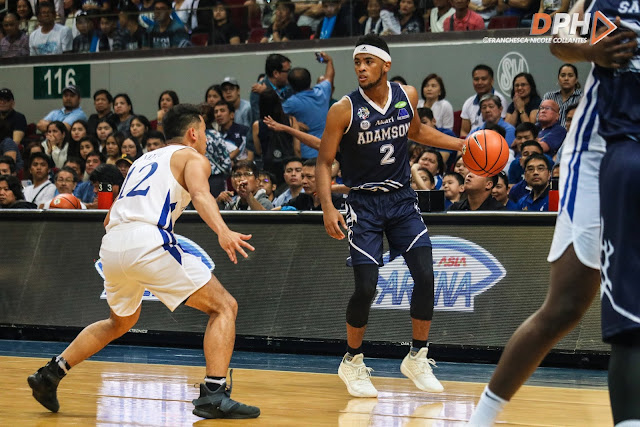 Despite the game setting off with Matt Nieto on fire as he shot baskets after baskets which gave Ateneo a strong start, the defending champions ended up falling short of a victory as Adamson successfully triumphed over them in the game’s latter half and took a 74-70 victory at the Mall of Asia Arena on Sunday.

Ateneo team’s performance dwindled in the middle part of the game, losing their momentum and focus after receiving several calls from the referees especially during the second and third quarters.

The Soaring Falcons saw this as an opportunity and effectively executed their victory plan as Ateneo lost their pacing and ended up struggling to keep up with the Falcon’s offense and defense.

Jerrick Ahanmisi gave a notable performance in outhustling the Blue Eagles, earning 23 points for the whole game and serving as a significant key to Adamson’s victory.

Vince Magbuhos also assisted Ahanmisi in scoring, adding 10 points and giving an effective performance in terms of rebounds with a total of 10 as well.