In the 2nd game of the day, the DLSU Lady Archers squared off with the Lady Falcons in a game that was looking like bad news for Adamson early on.

DLSU opened the game with crisp passing and quick offensive sets that capitalized on the Lady Falcons' lack of speed on the defensive end, 13-3. There were tons of miscommunications on both ends but it was the Lady Falcons' determination, behind Jamie Alcoy's 13 points, to pound the paint that allowed them to close in on the gap made by DLSU in the 2nd quarter. They were able to weather the storm and come thundering back early in the 2nd with 8:54 remaining, DLSU 20-18. 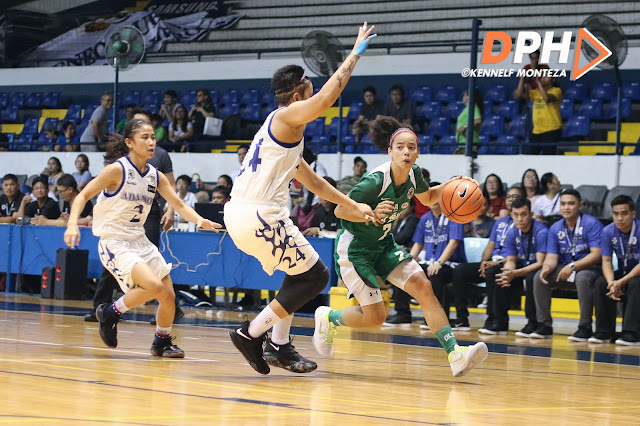 The Lady Archers would continue their assault in the paint and force AdU to commit multiple failures to cross the ball over in 8 seconds. AdU would end the half with a buzzer beater but are still down, 38-31.

De La Salle would continue their relentlessness into the 3rd quarter, pouring it on to the Lady Falcons and not giving them room to breathe. It didn't help that they committed most of their 19 turnovers in this quarter and it allowed the Lady Archers to break the game wide open, led by Ana Castillo's 21 points and 3 rebounds, 53-40. 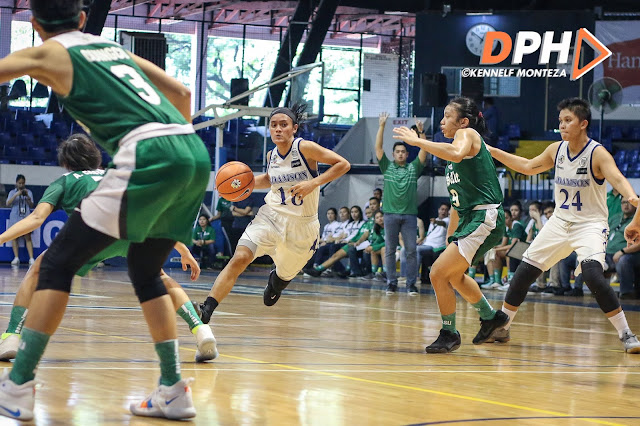 AdU's Calay drives into the lane

Most of Adamson's possessions in the 4th quarter were well-contested shots or just lacked the energy to mount a final comeback as DLSU would handily defeat the Lady Falcons even if Adamson won the rebound battle by 12, 70-58, which just goes to show the importance of having quality possessions each trip down the court.