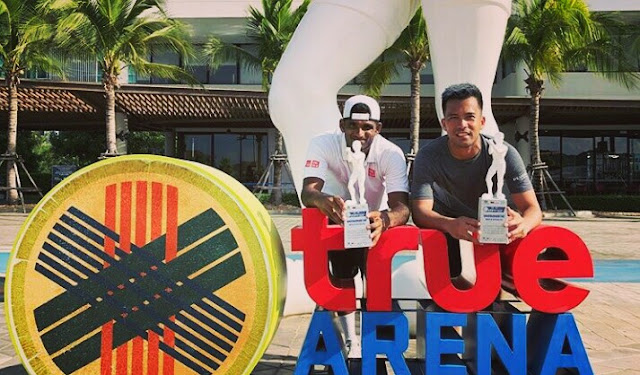 Alcantara paired up with Indian tennis player Karunuday Singh at the ITF Thailand F4 Futures to conquer hometown heroes Nuttanon Kadchapanan and Palaphoom Kovapiktukted en route to his third title of the year, 6-3, 7-5.

The second seeded duo of Alcantara and Singh won all but one of their matches in straight sets, only dropping one set in their first round come-from-behind win over Adrian Andrzejczuk of Poland and Pascal Meis of Germany.

"It feels good to (be) back playing and winning," said Alcantara in an exclusive online interview with Dugout Philippines.

"I just want to keep this momentum going until the end of the year to qualify for the Challenger events next year," he added.

The 26-year-old hotshot from Cagayan de Oro played his first ever tournament after a forgettable campaign with Team Philippines in the Asian Games at Palembang, Indonesia last month.

"I was resting and training lang after Asian Games," Alcantara, who was also a finalist in his last two ITF Pro Circuit tournaments in Malaysia and Indonesia prior to the regional tournament, shared.

Alcantara looks to finish his season by racking up more points as he is set to play two more weeks in Huahin.