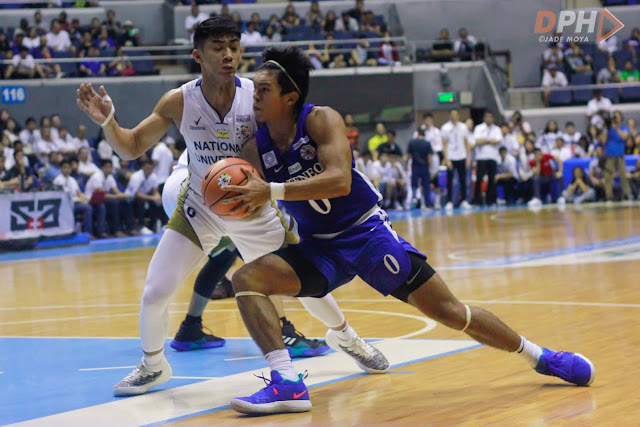 QUEZON CITY -- The Ateneo Blue Eagles move forward to solo the second spot after they dominated the NU Bulldogs from the beginning up to the end of the game with a 72-46 triumph.

Enzo Joson put 11 points and two assists and Jonas Tibayan rendered eight points and one steal for the Bulldogs.

"It's not that they are easy to beat, they battle hard and make adjustments," said Coach Tab Baldwin on their 26 point lead victory. "Our 40-percent shooting is a reflection of how hard they played. But when we got that defensive effort, we can be a prospectively hard team to beat for the other teams."

The defending champs stunned the Bulldogs offense holding just 18 points--nine per quarter--in the first half.

In the third quarter, things got worse as Ateneo's offense went on top of their bolstered defense.

Tibayan helped cut down the lead by 15, 49-34 at the start of the fourth quarter but the Eagles' hands were already on fire.

The Bulldogs have one week to prepare and stop their losing skid as they will face the UP Fighting Maroons on Sept. 29, while the Blue Eagles will try to snatch another win against the UE Red Warriors on Sept. 26. Both games will be held at Filoil Flying V Arena.