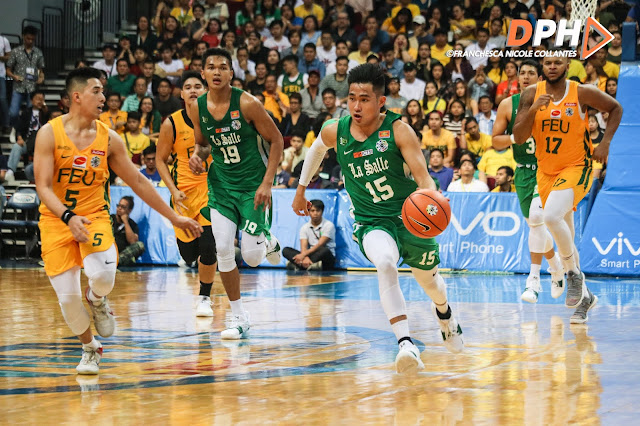 MANILA-- DLSU Green Archers' Captain Kib Montalbo will be out for 4-6 weeks as he fractured his left thumb during their last game against the UE Red Warriors.

A week after announcing that their Kiwi Center Taane Samuel will be out for 6-8 weeks due to a foot injury, with Montalbo's situation right now, the Green Archers will be left with 11 healthy players from their 13-man lineup.

Montalbo sustained this injury during their game against the Red Warriors last Sunday.

Even though the injury is not on his shooting hand, Montalbo was advised to take a 4-6 weeks off to heal that injury.

The fifth year point guard currently has an average of 3.7 points, 5.3 assists, 3.0 rebounds and 1.3 steals from the Green Archers' first three games.

Veterans like Andrei Caracut, Jollo Go, Santi Santillan, Justine Baltazar and Aljun Melecio will now need to step up their game, and more minutes for players like Gabe Capacio, Mark Dyke and Miguel Corteza will be expected as well.

Green Archers' will try to continue their winning streak as they face the UP Fighting Maroons on Sunday, 2 p.m., at the Mall of Asia Arena.