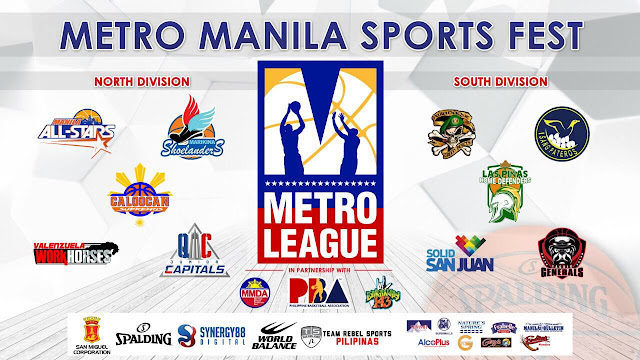 MANILA--Three former basketball stars who made a name for themselves in the defunct Metropolitan Basketball Association will make their way back to the club basketball scene, this time leading their respective teams in the inaugural staging of the Metro League Open Division.

John Ferriols, the MBA's first Most Valuable Player award winner in 1998, will spearhead Taguig, while Ariel Capus and Arnold Gamboa will lead the way for Pateros and Valenzuela respectively.

Three other Philippine Basketball Association players will headline the said tournament as well in Manila's Joseph Yeo and Marikina's MC Caceres and Philip Butel, who is also part of the said city's squad in the Maharlika Pilipinas Basketball League.

The M-League will begin on Sunday at the Caloocan Sports Complex with Caloocan, nicknamed the Supremos as the city's MPBL squad is set to unveil its new moniker the night before, hosting Valenzuela, tagged as the Workhorses, at 1:30 p.m.

Parañaque takes on Pateros in the first game at 10 a.m., while Marikina and Manila slug it off at 3 p.m.