Jozon, Lady Eagles win a sizzling thriller over the UP Lady Maroons

Jozon, Lady Eagles win a sizzling thriller over the UP Lady Maroons

The Women's Basketball Tournament for Season 81 started off with a very intense matchup between the Lady Eagles and the Lady Maroons.

It was UP who was very hot at the start of the game, dropping floaters and jump shots as they raced to a 10-2 lead. It was only after a quick timeout 3 minutes in to the quarter did Ateneo's stifling on-ball defense lead to some very unfortunate turnovers which they used to tie the game up at the end of the 1st, 16-16. 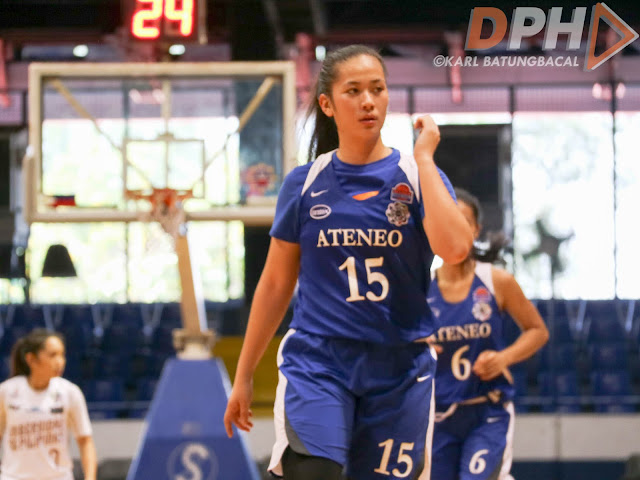 Jhazmin Joson led the way with 18 points and 6 assists.

The start of the 2nd quarter was eerily similar to the 1st as the Lady Maroons frustrated the Ateneo defense with slick passing and quick moves all around the court to regain the lead, 26-18 with 5:22 remaining in the 2nd. Ateneo's offense, led by Jhazmin Joson with 18 points, was quick to regain its composure and proceeds to pound the paint and get fouls that led them to tie the game once more, 26-26, 1:13 left in the half. However, the Lady Maroons were able to take the lead going into the 3rd by way of a free throw after a shooting foul to close out the half, 27-26.

Going into the 3rd, it was as if both teams can't hold on to the ball to set up their sets. Both teams suddenly found their range later on with three-pointers which led to a tie, 41-41, 1:52 remaining. UP's potent full court press forced multiple ADMU turnovers and ended the quarter at 47-42, the lead in favor of UP. 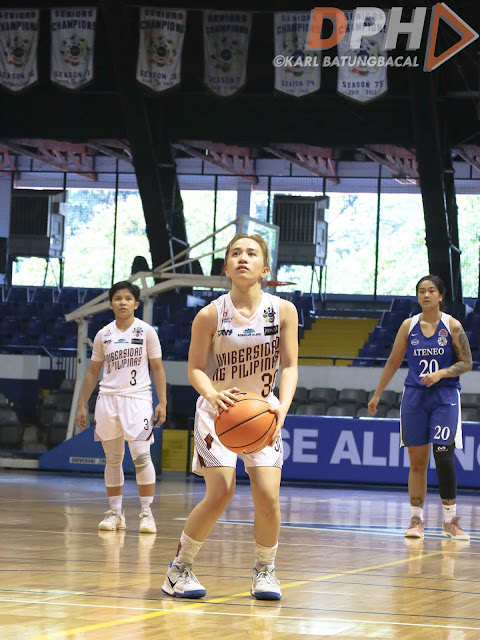 Andrea Ferrer goes for a free throw in the 1st half. 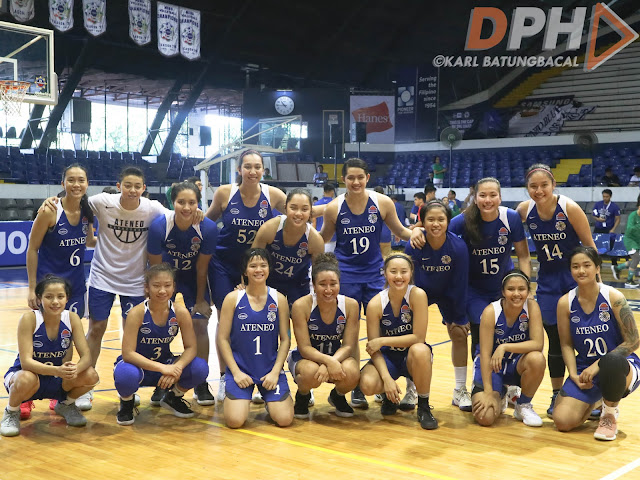 The Lady Eagles are off to a good start.

That same full court defense allowed UP to extend their lead early in the 4th, led by Gene Amar and Noella Cruz's 22 total points, 51-45. The Lady Eagles capped off their 7-0 run with easy transition layups off of the turnovers generated through great team defense, led by Melissa Newsome; 52-51 lead for the Lady Eagles, 6:26 remaining. The will to win was evident on both sides throughout the quarter but it was Jolina Go's emphatic block in the dying moments of the game that led to Ateneo pulling out a win, 64-60.