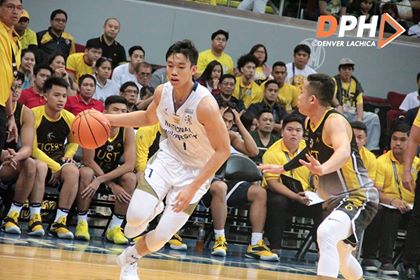 PASAY CITY -- National University did not embarrass its community because of their epic opening ceremony as they defeated University Sto. Tomas on their first meet in UAAP with 75-70 victory.

The Bulldogs struggled in the second quarter but managed to be back in their momentum as Dave Ildefonso became their scoring machine with his threes that helped a lot in taking the lead at the end of the first half.

In the second half, NU demonstrated what their mantra, the "selfless way", is, but the Bulldogs became complacent which is why the Growling Tigers managed to almost close the gap.

Three former Blue Eaglets, Ildefonso, brother Shaun, and Enzo Joson, reunited and ruled to finish their opening game with a win this season.