Troy Rike gets his head in game amidst latest issue

Troy Rike gets his head in game amidst latest issue 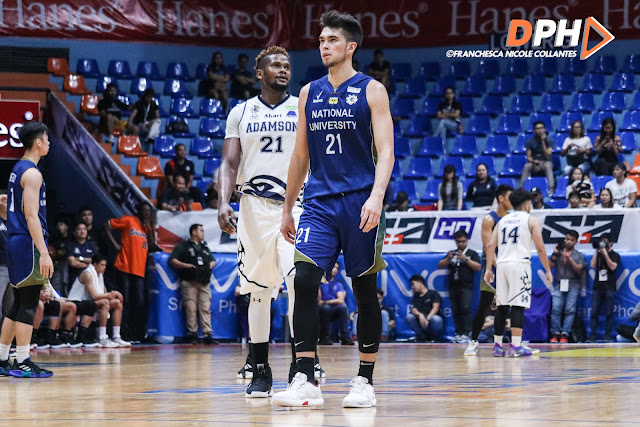 By Sherlyn Paleg
MANILA — Troy Rike probably didn't expect how hard would it be to start a new life after graduating and leaving Wake Forest University to continue his dream and play for the Philippines.
The Gilas Cadet and National U standout experienced his first issue when his nationality was questioned before the start of UAAP Season 81 and was supposedly ineligible.

He was forced to go back to the US and bring all the proofs that he is a Filipino.
But the worst part came after the Bulldogs lost to DLSU Green Archers last September 19.

Rike was arrested and detained for almost one day in Bureau of Immigration because of lack of student visa.
"It was tough. I'm not gonna lie. I was a bit emotional. I've never been arrested before." Rike said in an interview with CNN Philippines after his traumatic experience with BI.
Rike was released late Thursday afternoon after his lawyers presented all the documents needed proving his nationality.
"I was detained for 24 hours. I slept on the floor. I don't know what's going on. I had to be escorted on the way to bathroom and on the way back, the guard asked to have selfie with me. I guess there was funny some moments, but overall, it was a really crazy argument," he added.
Despite of the problems he already faced, Rike left that behind and used it as motivation as it won't stop him from chasing his ambitions.
"I can't thank my teammates, the management and my coaches enough. Everyone was there for me. That means the world to me. There's a lot of good people here so I really appreciate that. Like I said in the interview, I'm not trying after anyone. I just wanna be left alone," ee concluded.
Follow her on Twitter: @jsmpaleg