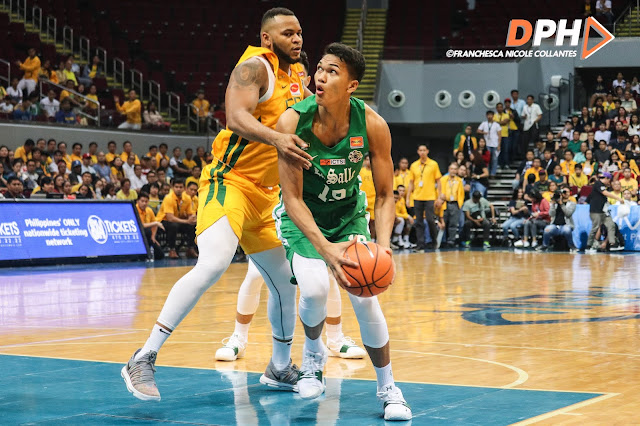 MANILA -- DLSU Green Archer center Justine Baltazar was hailed as the UAAP Press Corps Player of the Week after having an impressive performance during their games against the NU Bulldogs and the UE Red Warriors.

Baltazar finally had the time of his life as he was the player who contributed a lot in the Green Archers' back-to-back victories.

Baltazar had a double-double performance of 17 points and 12 rebounds against the Bulldogs, and in their game versus the Red Warriors, he had 16 points and able to block 3 baskets.

The Green Archers' next assignment is against the UP Fighting Maroons on Sunday, 2 p.m., at the Mall of Asia Arena.