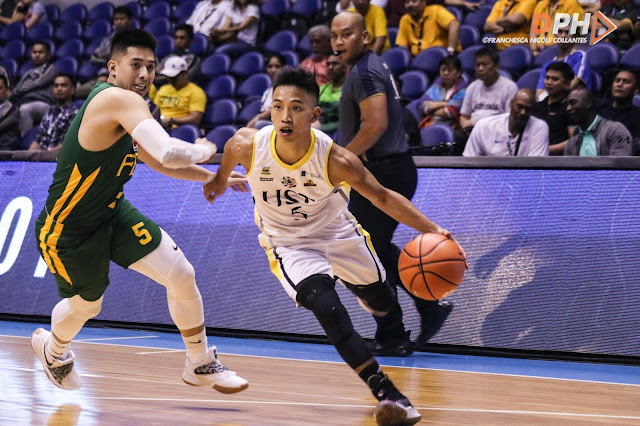 MANILA -- UST Growling Tiger Renzo Subido earned the UAAP Press Corps Player of the Week  award after helping the Tigers get their first win against the FEU Tamaraws for UAAP Season 81.

With Renzo Subido’s performance last game against the Tamaraws, it is no doubt that he perfectly fits well as the UAAP S81 Mens Basketball Player of the Week.

The fourth-year point guard of Coach Aldin Ayo stepped up on his A-game and performed well with 4-of-9 shooting, two rebounds and an assist that supported an 18-point performance and a win against the Tamaraws.

The UST point guard is currently averaging 16.5 points in a span of two games for this season.

Subido’s experience from the PBA D-League may helped him to fit the "mayhem" system of Ayo.

Subido and the rest of the Growling Tigers will seek for another win as they take on the Soaring Falcons on September 22 at the Smart Araneta Coliseum.