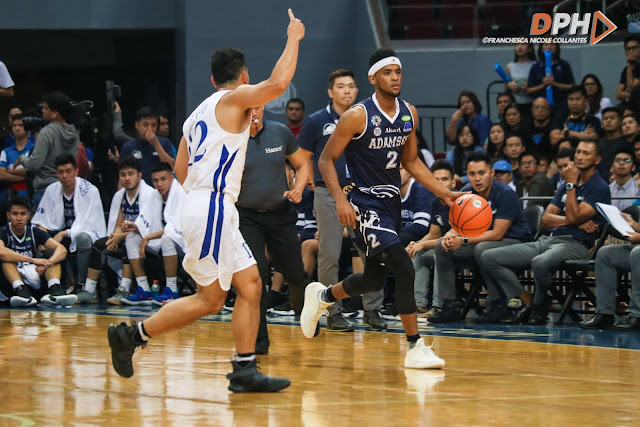 Ahanmisi scored 23 points on 8-of-17 shooting and four rebounds in their game versus defending champ Ateneo, leading Adamson to a 74-70 win.

He showed an impressive performance in their match-up with Ateneo's point guard Matt Nieto.

Ahanmisi became the go-to guy of Coach Franz Pumaren during the crucial sets, and Ahanmisi never failed to deliver as it resulted to a win against the Blue Eagles, the first since 2016.

The other candidates for the Player of the Week that Ahanmisi won are Dave Ildefonso of National University, Juan Gomez de Liano of the University of the Philippines, and Arvin Tolentino of Far Eastern University.

Adamson's next game is against La Salle on Saturday, 4 p.m., at the Smart Araneta Coliseum.