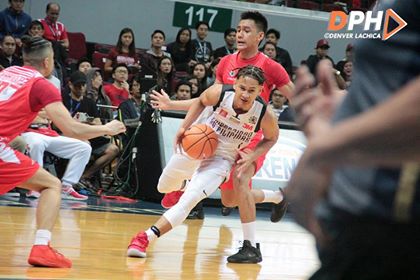 
PASAY -- The UP Fighting Maroons opened the UAAP season with a bang as they dominate over the UE Red Warriors, 87-58, at the Mall of Asia Arena on Saturday.

As they entered the second half, Gomez De Liano and Desiderio found their momentum and finished the game with a 54-25 run.

Coach Bo Perasol now looks forward to their next game, an early grudge match against their neighbor, defending champion Ateneo.

"I know what we can do and we all know what Ateneo is about. We will prepare for them in the next couple of days. Let's just see what's going to happen," Perasol said. "They are the champions we need to have an A-game against them."