Falcons soar high to the top after beating Bulldogs

Falcons soar high to the top after beating Bulldogs 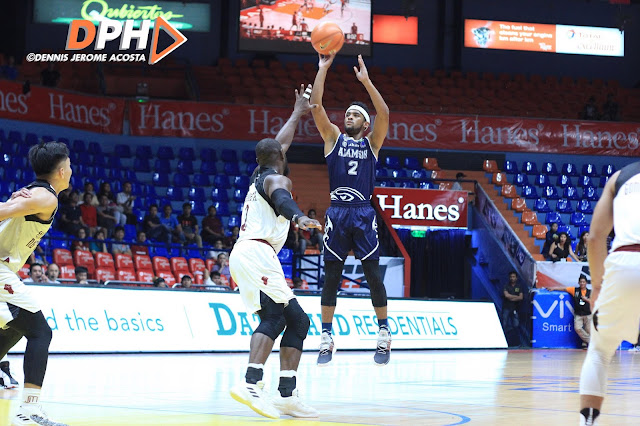 PASAY CITY - After two losses on the first round, Adamson Soaring Falcons is finally back on the winning column on their first game of the second round, after dominating over NU Bulldogs, 69-58.

Soaring Falcons had a 6-2 record and now tied with the Ateneo Blue Eagles but due to a rule, technically, Adamson is first in the standing.
Everything is smooth for the Falcons were they left the Bulldogs with 19 points lead without thinking of slowing down on the first half.
On the midpoint of 3rd quarter, Rev Diputado cut the lead to 8 points on his layup. But the Falcons are determined to get back on track and without turning back, they ended the second half with 11 point lead.
Jerrick Ahanmisi ended with 21 markers and three rebounds while Papi Sarr added 16 points and 11 rebounds.