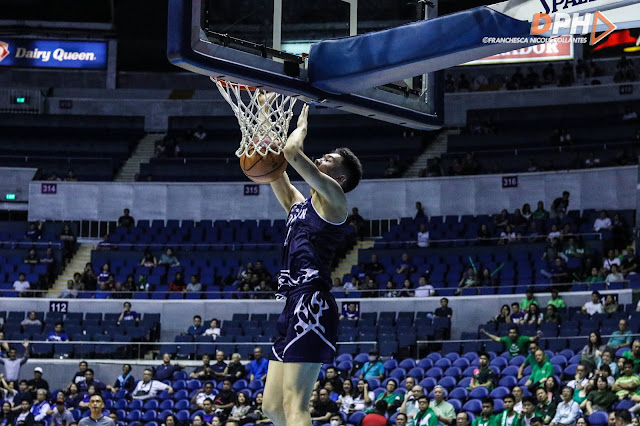 The Falcons held down the Archers to a terrible first quarter, with the latter scoring a measly two points for the entire quarter – which, not to mention, all solely came from free throws.

The slump for the Archers continued on for the rest of the game, where they never even experienced gaining a lead over their opponent, whose biggest lead over them was 13 points.

Despite Aljun Melecio’s attempts to match the Falcons’ defense and tenacity with his own agility and shooting skills, the Archers proved to be no match for the pressure applied by the Falcons during the entire game.

Sean Manganti continues to prove himself as a consistent game player for the Falcons, scoring a total of 19 points for the game and showing off his solid blocks which frustrated the Archers for the game. Manganti also produced a monstrous total of 12 rebounds, marking a double-double for him and three years after the Falcons finally beat the Archers in the UAAP.