SAN JUAN, MM - The UP Fighting Maroons soundly defeated the UE Red Warriors, 94-81, in an offensive showcase for both teams at the FilOil Flying V Centre on Sunday.

The first half surprised everyone as the Red Warriors were able to take a 44-41 lead going into the half behind Alvin Pasaol's offensive onslaught that totaled 16 points.

UP would bounce back early in the 3rd behind timely baskets from Juan Gomez de Liano, Bright Akhuetie and Paul Desiderio to take the lead, 63-60, entering the 4th. 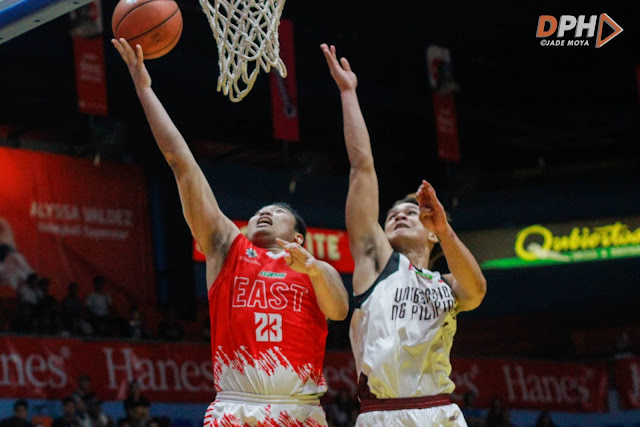 From the start of the 4th, the Maroons wouldn't look back as they stormed the undersized UE frontcourt led by Akhuetie. He would do most of his damage in the middle of the 4th to cap the UP comeback.

While Jason Varilla and Alvin Pasaol tried their hardest to force the Red Warriors back into the game, it wouldn't be enough as a pair of UP trifectas would seal the deal.

Pasaol led the game in scoring with 30 points while Akhuetie would score 28. Juan Gomez de Liano also recorded his first triple-double with splits of 15 points, 12 assists, and 12 rebounds.