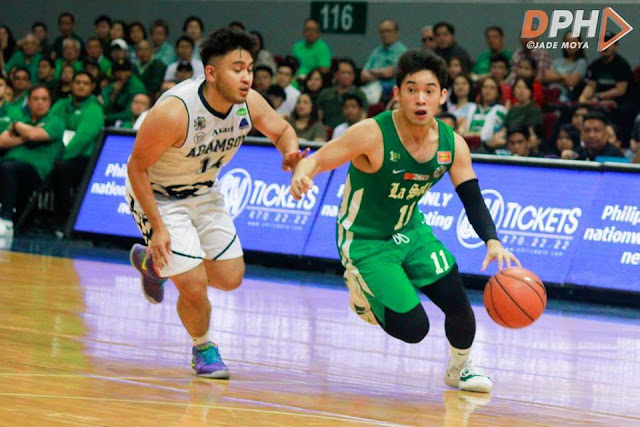 
MANILA—Aljun Melecio once again became DLSU's main scorer on their game against Adamson.

He scored a season high of 22 points with the help of Santi Santillan and Justine Balthazar combined 32 points that lead to their victory.

But Melecio still doesn't want to entitle himself as the "leader" of the team and still wants to improve his plays as the season progress.

"Lumalaban lang kami. Laban lang" Aljun said on how they managed to win against Adamson in an intense close game that leads to overtime.

He also said that this is the toughest match they faced in the hands of the Soaring Falcons. "Malakas sila. Pero kailangan talaga namin manalo for the standings also."