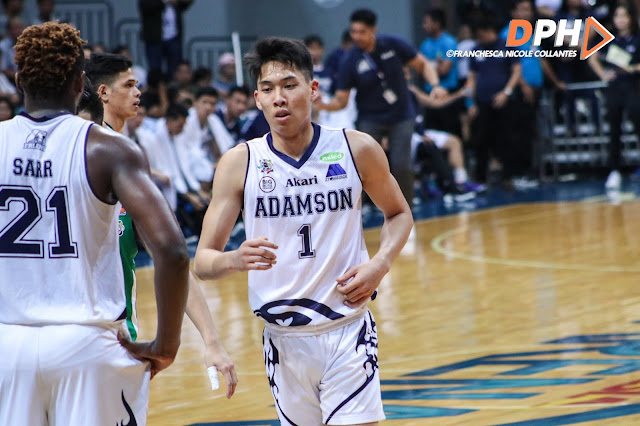 MANILA- For the seventh consecutive match-up against the DLSU Green Archers, the Adamson Soaring Falcons still haven't beat them.
The Falcons already saw the victory on their lead 73-64 in the dying stage of the final period but Archers drives 9-0 run with Aljun Melecio's floater to force the game into overtime where Adamson collapse to 79-78.
"It was a tough game for us. I think there's a lot of stuff in the game that we did that were wrong", said Adamson guard Jerrick Ahanmisi.
He continued, "We should've won, obviously, but, it was just a little mistakes that we made toward the end that we shouldn't have made."
The aftermath of this was its Adamson's second straight loss in UAAP Season 81 Men's Basketball Tournament and coincidentally during the overtime period also.
"We just couldn't execute in the end, couldn't defend, made some bad mistakes in the end", Sean Manganti uttered.
Manganti, though, it's all about improving their performance after two defeat in overtime that Adamson must take note.
"We just gotta play better in crunch time. We really shot ourselves in the foot. We lost that game. Lasalle did not beat us. We beat ourselves."
Adamson has time to finally get a win over La Salle this season on the second round. When both team face again, expect a hot-blooded clash between the Soaring Falcons and the Green Archers.