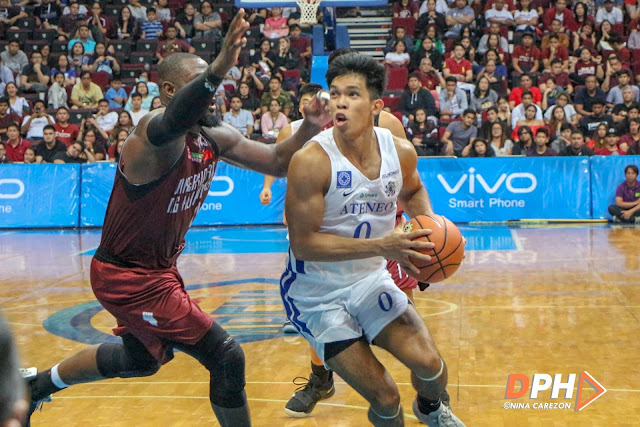 PASAY CITY – The Ateneo Blue Eagles show that they have recovered from their recent loss against FEU as they triumph over the UP Fighting Maroons (83-66) in a heated Battle of Katipunan.
Both teams showed extreme drive and determination to redeem themselves after coming from disappointing losses as the league’s first round concluded.

Despite the absence of Matt Nieto in the game, the Blue Eagles managed to keep their scoring and pace up, keeping the Fighting Maroons at bay with a lead as big as 20 points during the second half. Bright Akhuetie’s 20 points and 80% field goal percentage and Paul Desiderio’s 16 points ended up insufficient in taking down the Blue Eagles, who dominated both the inside and perimeter scoring. 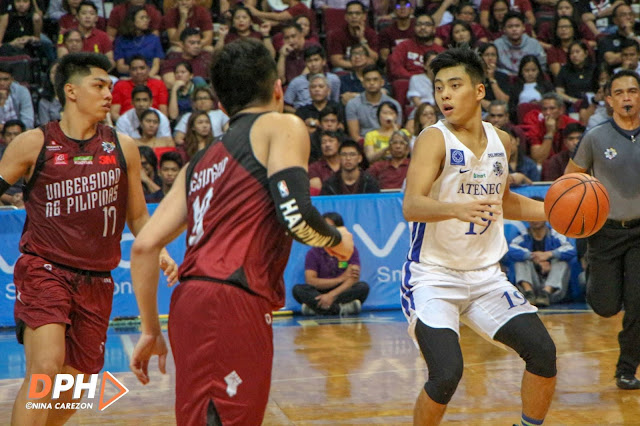 Thirdy Ravena finally made a remarkable take over in terms of offense and emerged with his season high as he sets a double-double record for the game, making 21 points and 11 rebounds in total. Tyler Tio also stepped up and produced 12 points – marking one of his most impressive plays for the entire season.